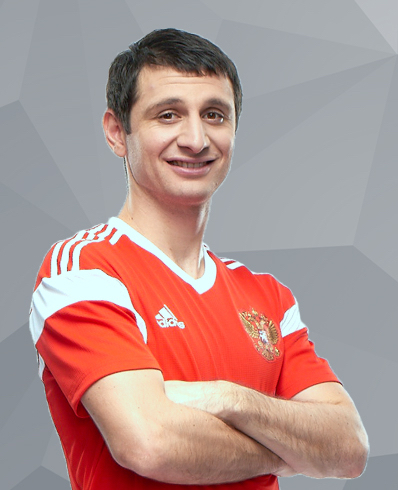 Alan Dzagoev is a Russian-Ossetic midfielder who has played plays for CSKA Moscow since 2008. He had started his professional career in “Krylia Sovetov-SOC” Dimitrovgrad. Later the name was changed to “Academia” and now is a part of “Lada” Togliatti structure.

After joining Akademiya Tolyatti in 2006, he remained there for two seasons before transferring to CSKA Moscow. Following a successful debut season in the Russian Premier League, he won the award for Best Young Player in the league and made his way into the Russian national team. Dzagoev is regarded as a star in Russia and his native North Ossetia.

He made his first international cap in the World Cup 2010 qualification match against Germany in 2008. Alan was the Russian top scorer at UEFA Euro 2012 and also played at the 2014 FIFA World Cup, missing UEFA Euro 2016 due to the injury.

“Alania” Vladikavkaz was his favourite club in the childhood.