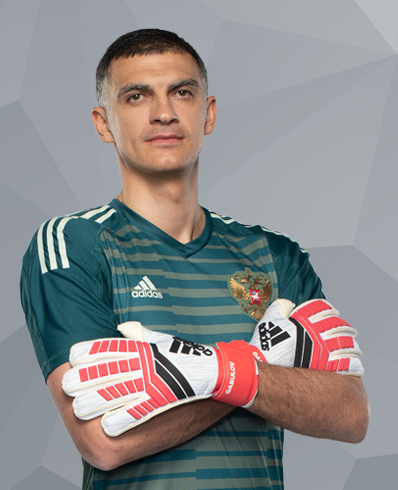 Vladimir Gabulov is a Russian-Ossetic goalkeeper who plays for Club Brugge KV since January 2018. He started his career at “Mozdok” club in 1999 and has played for 7 Russian clubs till the end of 2017.

Vladimir had his first international cap for the Russian national team in the friendly match against Poland on 22 August 2007 and took part in the historical victory over England at Luzhniki stadium in the mid-October that year. He was also a part of Russia's Euro 2008 squad as the third goalkeeper.

Gabulov is a member of the Lev Yashin Club.

Gianluigi Buffon was Gabulov’s favourite goalkeeper in his childhood.