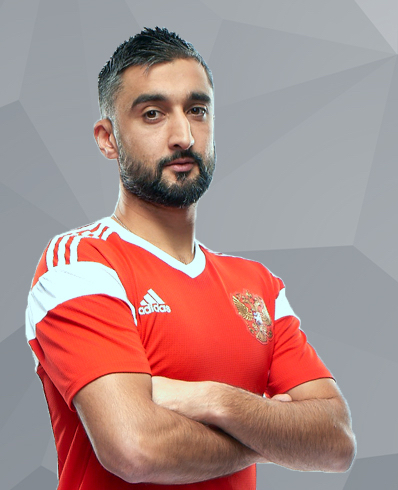 Alexander Samedov is a Russian right wing midfielder who has played for “Spartak” Moscow since 2017 where he started his professional career in 2001. He spent his entire career in Moscow, playing for 4 clubs: “Dynamo”, “Moscow” and 2 times for “Spartak” and “Lokomotiv”.

Samedov received lots of offers from Football Federation of Azerbaijan to play for their national team but refused all of them. He has played for the Russian national team since the game against Slovakia in 2011 and was selected to the Russian squads for 2014 FIFA World Cup, UEFA Euro 2016 and 2017 FIFA Confederations Cup.

Samedov collects trucker hats with ice-hockey clubs’ symbols. He also has Ovechkin’s jersey from the NHL All-Star Game where he played for the team East. It was a birthday gift from the Capitals’ star.