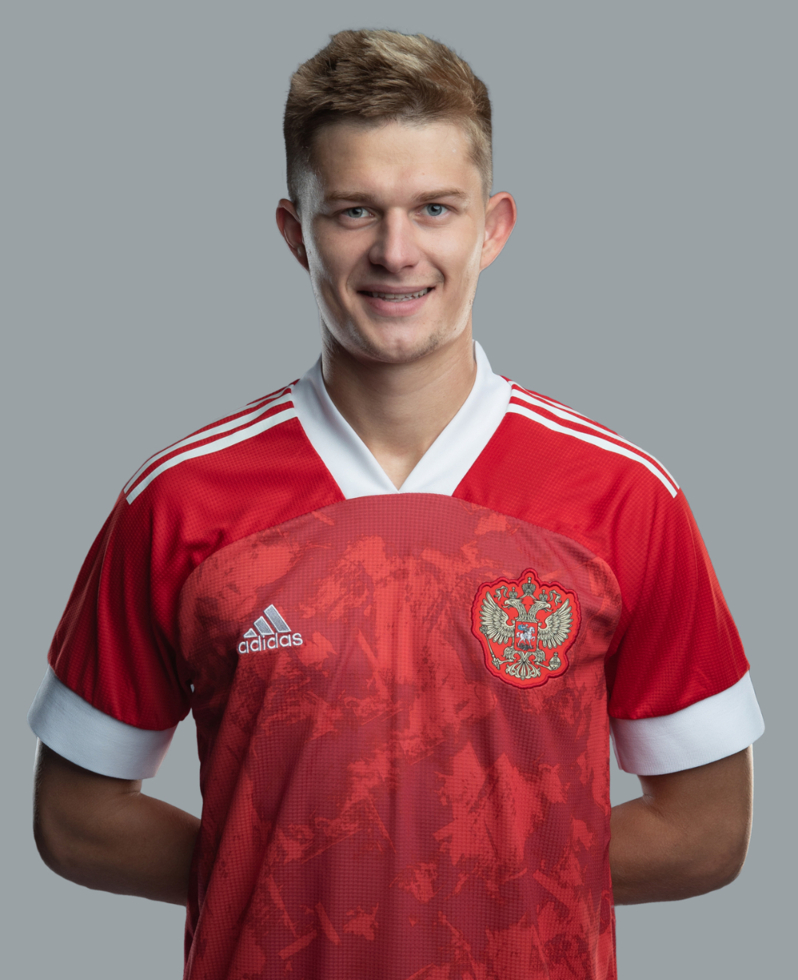 A trainee of Saint-Petersburg football. He started training in a famous school ‘Smena’ and switched to a children’s sports school of Olympic reserve -1 «Moscow zastava». Sorokin debuted in the Premier League on September 13, 2014 in FC Rubin at a match against Rostov. He held his first match for the national team on September 10, 2018 against Czech Republic - 5:1.

Quote: «Cherchesov is a motivator, sometimes he can make jokes but always tunes on the game so that you could be focused on struggle, on three points».

Interesting facts: being a teenager he played in a position of forward, distinguished with a skill to play with his head, find the right point, and jump up in time. All this explains success of scoring moments created by Sorokin in the Primmer League, who has been playing in defense for a long time already.