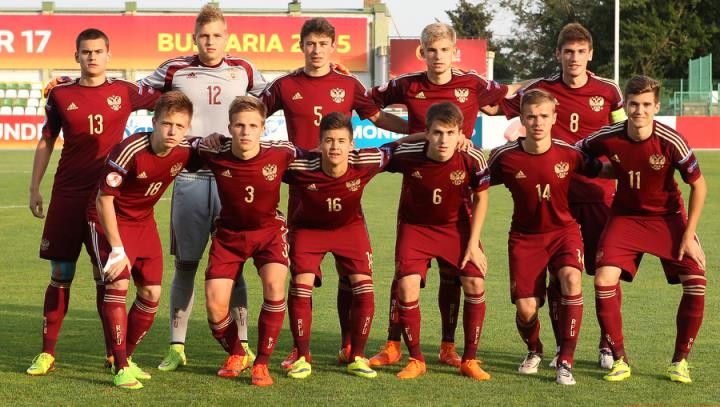 Russia U17 set off for Uruguay

On Tuesday, 6 October, the Russian U-17 team (players born in or after 1998) started their preparation to the FIFA U-17 World Cup 2015 that will take place on 17 October – 8 November in Chili. Mikhail Galaktionov’s charges gathered in Novogorsk and late at night set off for a training camp to Uruguay that will be held till 15 October. On 12 October Russia will play a friendly game against Uruguay U17.

For the preparation to the tournament the coaching staff of Russia U-17 headed by Mikhail Galaktionov originally called 23 players but a few days ago FC Dinamo Moscow defender Nikita Kalugin got a serious injury that will not allow him to take part in the competition in Chili. Thus, 22 players went to Uruguay while only 21 of them will get into the final players’ list for the World Cup.