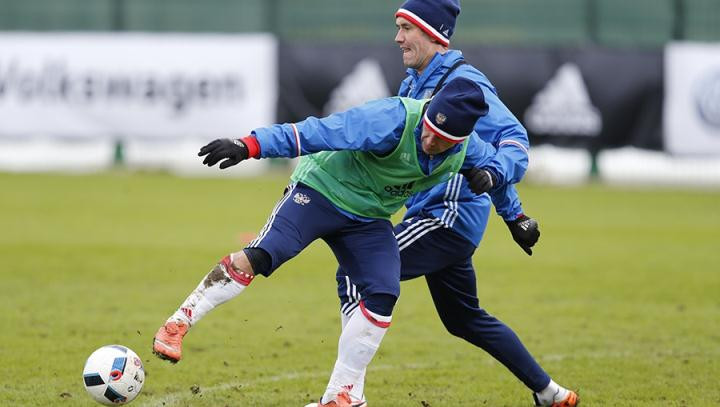 Zhirkov and Kuzmin miss EURO due to injuries

Two players considered as the candidates to the Russian National team for the UEFA EURO-2016 were not called to the team due to injuries.

FC Rubin Kazan defender Oleg Kuzmin will stay with the club due to knee joints problems; the club will decide on further rehabilitation of the player.

FC Zenit defender Yuri Zhirkov was not called to join the team due to the Achilles tendon inflammation.

Команды
We play for you: how the team united the country. Part 2
Meeting Belgium in Saint-Petersburg
Tickets to Scotland - Russia match
Турниры
Leonid Slutski and Slavoljub Muslin on Russia vs. Serbia
Battling draw against Serbia
"The first task is to qualify from the group"
Category:
Men
Section:
National teams - A-team
Tags:
Russia Euro 2016
Football Union of Russia
Deepest condolences
Aleksandr Dyukov met ADFC members
FUR will conduct an away registration of marriage at a match aga
Volkswagen is official car of Russian national football team
FUR is in the UEFA committees and panels
FUR seminar was held in Moscow
Grassroots football Day in Russia
Tweets by rfsruofficial