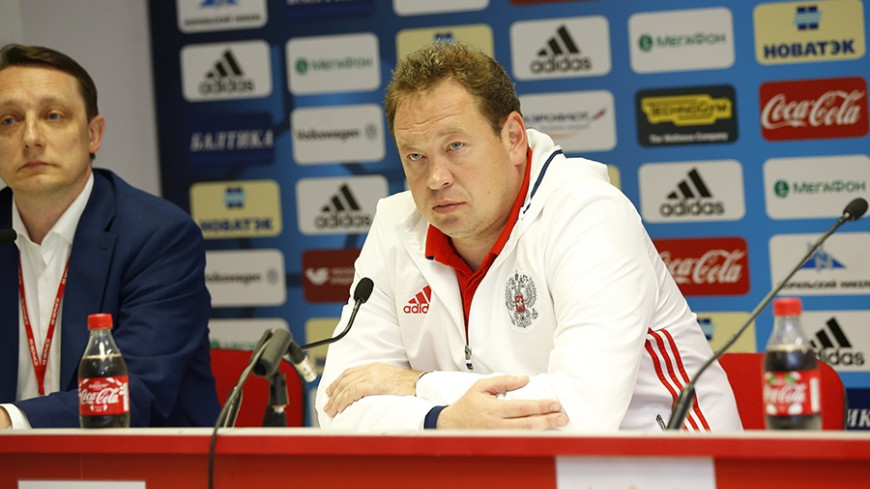 Leonid Slutski and Slavoljub Muslin on Russia vs. Serbia

After the friendly match Russia versus Serbia that took place in Monaco on Sunday, the head coaches of the teams spoke to the media.

— The first half was of a high quality; I am satisfied with it. In the second half the pattern of the game got distorted; there were some substitutions made; some disruptions in the lines occurred… I think that we will be in a better physical state by the match against England. But we won’t start flying over the pitch on the 11th. Let me say, plus 10 per cent approximately.

— What happened to Denisov?

— The medical examination has not been completed yet. But judging by what we saw there is nothing good. I think that the injury is rather serious. Most probably we will have to make a replacement. That means that there will be a replacement in the first eleven too. We are getting in touch with another player of the same position… After we complete all the formalities, further information will follow.

— Is the loss of Denisov serious?

— I don’t even know how to answer this question… If the player was in the main squad all the matches of the national team? If both defensive midfielders fall out of the fold now… Of course, it is a big problem.

— What can you say about the performance of Schennikov on the left and Golovin in the defensive zone?

— They did what we had asked them to do.

— It is good that we played with high commitment and motivation. I cannot say that Serbia looked better than Russia. In general this is a fair result.