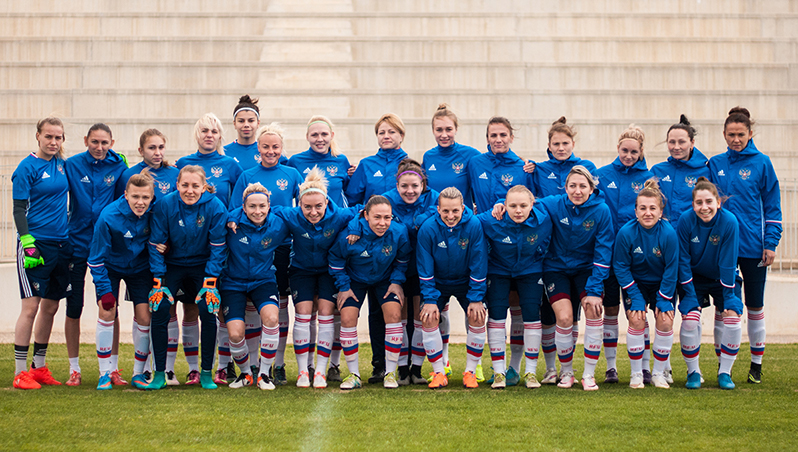 On 1-9 March the traditional international women’s football tournament Algarve Cup will take place in Portugal. The prestigious competition that has been regularly held since 1994 will gather 12 teams including Russia.

Russia got to Group A along with Canada, Denmark and Portugal. Group B includes Spain, Norway, Iceland and Japan. Group C includes the Netherlands, China, Sweden and Australia. Under the tournament regulations first the teams divided into three groups will play the group stage in the round robin format. Further the best two group winners will challenge the title in the final. The third group winner  will fight for the bronze against the best runner-up. The two other runners-up will compete for the fifth place, the best two third placed teams will play for the seventh place, the other third placed team will play versus the best fourth placed team for the ninth place.   The other two fourth placed teams will play for the 11th place.

– We accepted the invitation to take part in this prestigious competition with great pleasure. I can even say that it was our mutual interest with the organizers. There is also a very important thing that now all the teams have equal chances and can fight for the title. Before that Russia could only play in a special group where we could compete maximum for the 9th place. Now the regulations changed and this is a great advantage.

– All our opponents in the group are very strong. Portugal are the hosts of the tournament and the participants of the Women's EURO finals. This team develops very fast: three years ago we beat them without problems at this tournament but last year it was really hard to defeat them. Now Portugal qualified to the UEFA Women's EURO finals having left Finland behind and beaten  Romania in the play-offs. So the opponent is interesting and highly competitive. Denmark is one of the strongest teams in Europe, they will take part in the UEFA Women's EURO finals too.  As for Canada they won Algarve Cup last year and got bronze medals of the Summer Olympics 2016.  To cut the story short we are going to have very complicated matches ahead. But at the same time they will be very useful as the preparation to the UEFA Women's EURO.  We have to work on defense and know how to play when we have to keep a lower profile. We can do it only in the games versus top teams as we have such teams as the opponents at the EURO. We have to play our game, sometimes perhaps regardless the result. Of course, we want to do well in Portugal but the Women's EURO 2017 is the priority. We will watch the players in practice, work on team interaction.  There is also an important psychological aspect: in Portugal the girls will have an opportunity to show their best in the games versus serious teams and feel confidence in their forces.

About the training process:

– The players had a good preparation to the season at the training camps in their clubs. I believe that our players have good physical preparation, the problem is only the lack of playing practice. During the tournament we will have training sessions two times a day but we will focus on the tactics and work on standard kicks. There is not so much time till the EURO that is why we have to make these skills automatic. Our players are less strong individually than their opponents in top teams thus we have to focus on ideal physical preparation, complete mutual understanding on the pitch and good team interaction. So these are our priorities in our work.