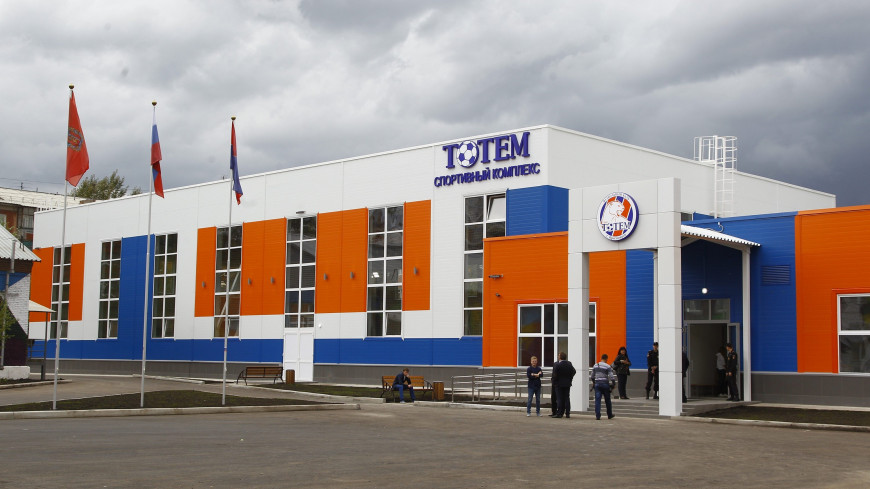 On Tuesday, September the 12, in Krasnoyarsk, the Totem sports complex for the local football club of the same name was opened. Children of the Krasnoyarsk orphanage №1 among others play for this club.

Deputy presidential plenipotentiary in the Siberian Federal District Alexander Butin, Deputy Head of the Governor’s Administration Sergey Ladyzhenko and the head of Krasnoyarsk Edkham Akbulatov came to congratulate young football players with the new sports base.

The new complex for Krasnoyarsk football players was built under the instruction of Russian President Vladimir Putin. In 2016 after the victory in the World Cup among orphanages and boarding schools, the young athletes of Totem met with the president within the framework of the Community Forum. Vladimir Putin noted the sports victories of the football club and promised the Krasnoyarsk juniors that they would soon train in a sports complex that meets all the modern requirements.

The Totem sports complex was built in 5 months. The construction of the object was constantly supervised by the Krasnoyarsk  Governor Viktor Tolokonsky. Based on an area of more than 1500 square meters it includes  gyms and sports halls, convenient locker rooms and ancillary facilities. In addition the complex is equipped with all the necessary facilities for disable people. It was built on the territory of the orphanage № 1 (Vavilova St., 90).

"This complex has its own legend which is connected with the achievements of the guys from the Totem football club at the World Cup among inmates of orphanages. The victories of our champions inspired everyone who was involved in the implementation of the project. We are sure that, working on a professional and quality base, our players will achieve excellent results and glorify the Krasnoyarsk region far beyond of our country, "Sergei Ladyzhenko said.

The fest in the sports complex ended with a friendly match in mini-football between FC Totem and FC Yenisei.