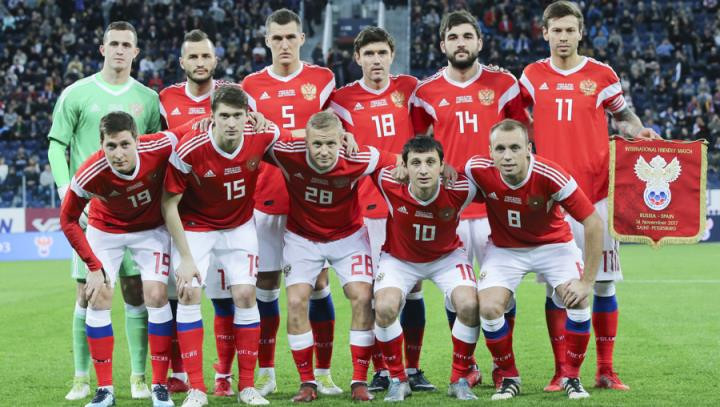 "The moment with Lunyov should have been a red card"

Players of the Russian and Spanish national teams commented on the control match, which was held on November 14 in St. Petersburg, and ended with a draw 3:3.

"The only thing I can say about refereeing is that in the moment with Lunyov it was a hundred percent red card. He was seriously injured, I hope he will be fine. They've already taken him away. As for the penalty, we could not see it. They said, in the first moment of the game there were a hand touch, and in the second - the delay. But the moment with Lunyov is the most terrible. Penalty is not as important as Andrey's health. You see, when the Russian team plays an attack, it can play with any opponents. We gain experience through these matches. It was a good game. We are slowly moving forward, every time we perform almost with a new lineup. We must first of all play and understand the possibilities of each player. In my opinion, it is the attack we are good at. After the Lunyov’s injury we were deciding who would stand in the gate, because there were no more substitutions. It couldn’t make any difference already. Why did Glushakov go? He said that he was tired the most. "

"We do not know yet what’s happened with Lunyov, a wound was serious, and he was taken to the hospital. Kokorin came out fresh, so it was logical for me to get in the gate. I'm tired, I ran a lot in the two games. The field is better in the "Luzhniki". Do I look sad? Just tired, it is hard to be cheerful now. We can be glade with a draw. The result is satisfied.  The national team has finished this year on a good note, and we know what to strive for. Stuffy at the stadium? No, I’m just tired, ran a lot. Spain and Argentina are two different teams in the style of the game, there are strong players in each. In the match with Argentina we fought and lost, now - missed with a penalty. Judging is not our responsibility".

"We play as a team and we are satisfied with ourselves. Despite of the score 0-2, we played well. This draw counts as a victory. Three scored goals, of course, should be allocated more than three conceded goals. It seemed to me that Kuzyaev had not play with his hand. Spain did not play at full strength? I don’t know. The main thing is how we play. We tried, fought for all the balls, so for us it is a good game. "

"We are pleased with the draw; it was a very difficult match. Russia has a good, hardworking team. Fedor Smolov - the most dangerous, he is a great striker. Smolov scored the perfect goals and has all the qualities to play in the best clubs in Europe. It is one of the best stadiums I've ever seen in my career."