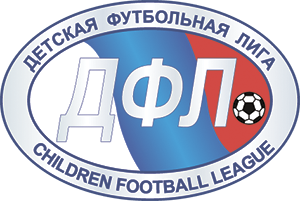 Nominees for the "Top Five" Award

Applicants for the national "Top Five" award have become known. The Children's Football League awards the Premier League’s youngest player of the year.

– Our award is given for 15 years. There were years when, it seemed, there was no sense in voting: the winner was obvious. And, on the contrary, it happened, when we could not find even three nominees – when the year for young players turned out to be so unlucky. So, for example, in 2013, the CSKA player Konstantin Bazeluk actually received an award for success in the doubles tournament and the youth national team of the country. To create competition, we even increased the age qualifications of applicants. But this year would have pleased us even in the previous format. There were never so many players in our preliminary shortlist – 19! And 8 of them can compete for an honorary title for the next year as well. I think the possible reasons for such boost are a possible limit on foreign players, which made the clubs’ directing and coaches pay attention to the youth, and the successful work of schools, especially the Moscow ones. We usually include 5 players in the list of nominees, but now it is one more. It was impossible to cut someone without offending. Everyone deserved it with quite stable game and progressive movement in the career. Barinov, Zuev, Zhemaletdinov have been in the limelight since 2013, when together they became the winners of the Junior European Championship U-17. Of course, the representation of such teams on this list as “Anji”, “Lokomotiv”, “Rubin”, “Rostov”, “Ufa”, “CSKA” can’t leave you indifferent. However for Guliyev, Oblyakov, Zhemaletdinov, Zuev, these clubs is a recent residence permit. Still, they were brought up in schools of Moscow, St. Petersburg, and Moscow region.

For more details and the course of voting, please check the website of the Children's Football League.

Турниры
FC Lokomotiv awarded with gold medals
Lokomotiv is the Russia’s champion of the season 2017/18!
Category:
Men
Tags:
RFPL 2017/2018
Football Union of Russia
Deepest condolences
Aleksandr Dyukov met ADFC members
FUR will conduct an away registration of marriage at a match aga
Volkswagen is official car of Russian national football team
FUR is in the UEFA committees and panels
FUR seminar was held in Moscow
Grassroots football Day in Russia