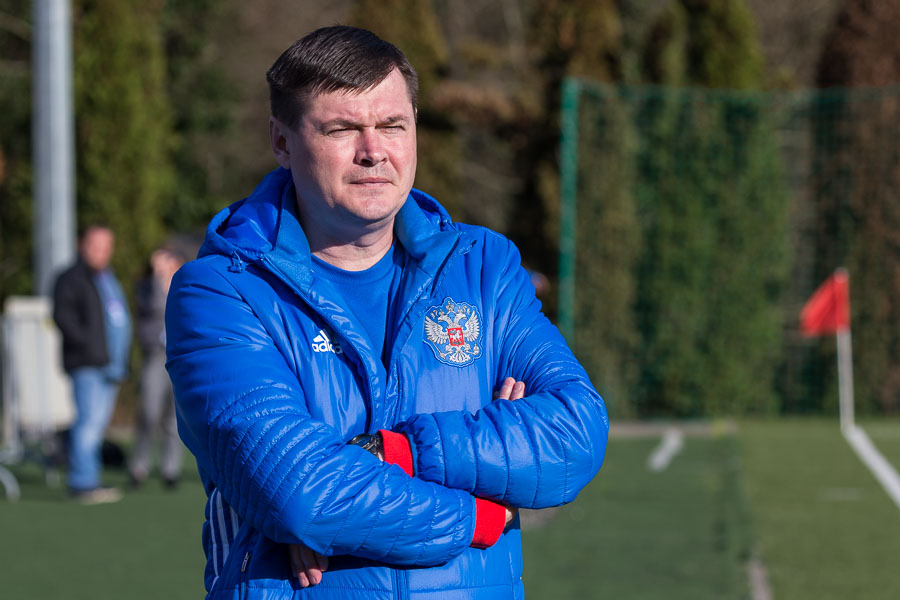 The same story repeated with the Czechs as with Italians

Roman Ezopov, the head coach of the women's youth national team of Russia, commented on the defeat to the Czech Republic (0:7) in the mini-tournament of the Elite round of the 2018 U-19 European Championship in Edinburgh, after which our team lost the chances of reaching the final part of the tournament.

Roman Ezopov, the head coach of the Russian national team:

– First of all, on behalf of our entire team, I would like to apologize to all our fans and relatives for such a failed performance in two matches of the Elite round of the European Championship – against Italy and the Czech Republic. In the meeting with the Czechs, the same story repeated as in the game with the Italians. We were losing to the opponent in speed, in power struggle, were mistaken in the lane change, and were making tactical mistakes. The Czech national team, as I mentioned above, is a very tall, impressive, powerful team. We failed to show ourselves, although we tried to play in a high pressure, but, unfortunately, nothing happened. Of course, we can again complain about the line-up, which in each game is not optimal due to injuries of players. But at the moment we’ve got what we’ve got.

– Our team lost the chances of reaching the final part of the EURO, but within the framework of the Elite round it will have to play one more match – against Scotland. What can you say about this team?

– A good, mobile, organized team. In it, as in the Italian and Czech teams, fast players are gathered. They are rather efficient and organized. In general, the team of Scotland is equal, but I would like to note the captain, playing at number 4 (Ellis Notley), as well as players under the numbers 11 (Brogan Hay), 17 (Jamie-Lee Napier), 10 (Shannon McGregor). The Scottish national team, like all British teams, stands out for its fighting qualities. I think that in our state it will also be very difficult for us with the Scots, but we will try in this match at least to sweeten the pill, as they say.

Команды
Win over Bulgaria
Lost to Netherlands
Draw against Iceland
Представители
The Italians demonstrated space speeds
The main thing is character
Турниры
All 90 minutes of the game were not easy
Draw against Scotland
Lost to Czech Republic
Category:
Women
Section:
National teams - Women's
Tags:
Women U19 Roman Ezopov European W U19 Championship 2018
Football Union of Russia
Joint Statement by the Football Union of Russia (FUR) and the Ru
Cooperation agreement between FUR and Coca-Cola in Russia
FUR staff appointments
Cooperation agreement between OAO RZHD and FUR
Gazprombank is FUR and the Russian team’s official bank
"Silver button" of the Russian Football Team’s Youtube-channel
FUR became a nominee of “Sport and Russia 2019” award