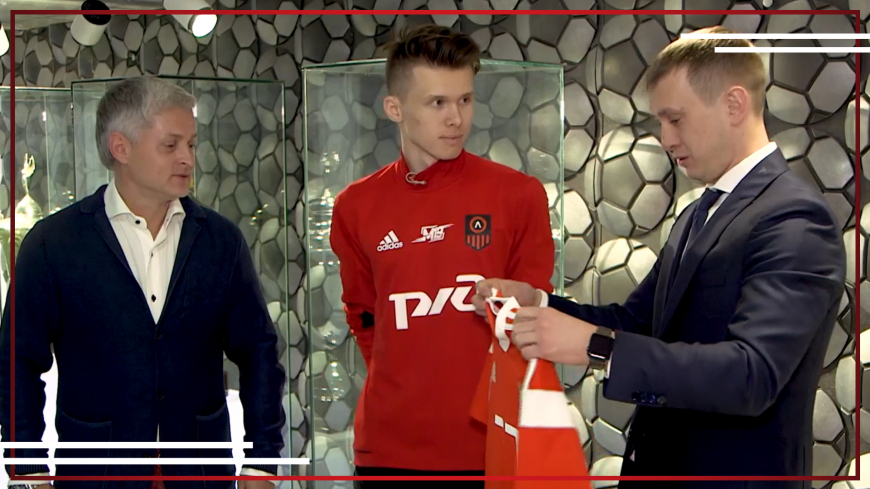 FUR Acting President Aleksander Alaev together with the chairman of the committee on varieties of football Igor Efremov presented the football player of FC Lokomotiv Robert Ufenok77 Fakhretdinov with the name shirt of the Russian national football team and wished him good luck in his performances in the international arena.

The meeting was timed to Robert's trip to the regional stage of the FUT Champions in Manchester on April 13-15, where he will become the only representative of Russia. The international tournament FUT Champions is held within the framework of the EA SPORTS ™ FIFA 18 Global Series tournament and is one of the qualifying stages on the way to the FIFA eWorld Cup 2018.

FIFA eWorld Cup 2018 is the main international interactive football tournament, where 32 finalists who have been selected through EA SPORTS ™ FIFA 18 Global Series will compete for the main prize: the title of the world champion in interactive football (FIFA 18). In addition to the prize money, the winner will also receive a ticket to the Best FIFA Football Awards. ™