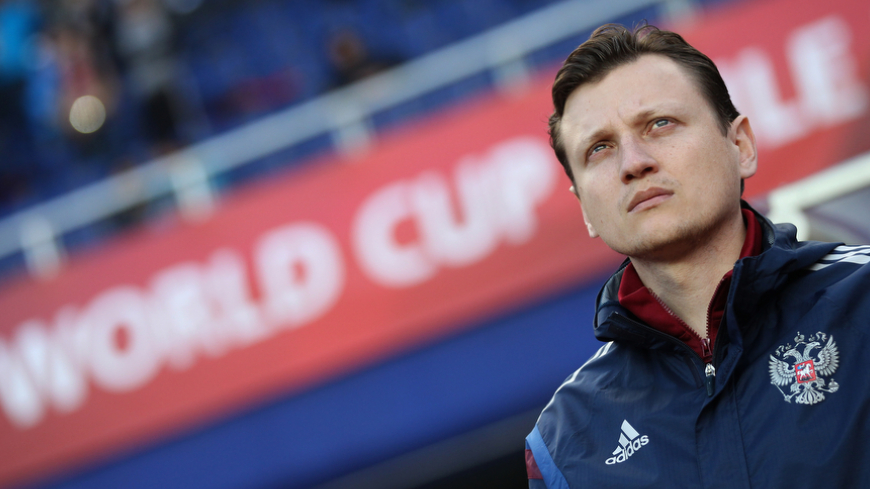 In the framework of the Football Development Strategy in Russian Federation until 2030, the Football Union of Russia made a decision to create the Russian national team U-20, which will be formed by players born in 1998 and 1999. The team was established to become some kind of buffer for players who have already outgrown the junior team, but for various reasons have not yet reached the level of the youth team.

Mikhail Galaktionov, who previously worked in the FUR system with junior teams of 1998 and 1999, is appointed the head coach of the team. The previous place of work of the coach is FC Akhmat (Grozny).

At the moment, agreements have been reached on the participation of the Russian national team U-20 in the international tournament COTIF 2018 in the Spanish Alcudia, two control matches with the national team of Japan and two more meetings with one of the European teams Elite Group.

Mikhail Galaktionov, the head coach of the Russian team U-20:

- World practice shows that such a layer between a junior and a youth team should exist. Some players born in 1998 are already a part of the national team, for example, Fedor Chalov. This team is created to provide the guys with an opportunity to have a game experience and international experience for the next convocation of the youth team. I had offers from various clubs, but the priority is working in the FUR system. I'm grateful for the trust and I'm happy to be part of a big football family, especially on the eve of the home World Cup!

Mikhail Gershkovich, Chairman of the Board of National Football Coaches Association:

- This is a timely and correct decision, which we discussed during the Technical committee meeting. I totally support the idea of creating such a team. Mikhail Galaktionov is a good choice, because he successfully worked in the FUR system, he achieved results with junior teams. He is well acquainted with the guys who are potentially candidates for this team. In addition, he showed himself as a RFPL coach. I really like his work. The most important that he is an educated specialist aimed at the best result. I think this candidacy corresponds to the position at the level of U-20.

- The new team was created taking into account the study of advanced world experience and should become an important part of the FUR national team system. Thanks to the profound knowledge of potential candidates and the accumulated experience, Mikhail Galaktionov is the optimal candidate for the post of the head coach. I wish him and the whole team success in their work!

Представители
U21 team of Russia will meet Sweden and Norway
Russian teams’ coaches in 2019
Mikhail Galaktionov is head coach of Russian U-21 team
Команды
Russia U20 team finished 2nd at the COTIF-2019
Rolled over Argentina
Rolled over Mauritania
Category:
Men
Section:
National teams - Youth
Tags:
Mikhail Galaktionov U20
Football Union of Russia
Deepest condolences
Aleksandr Dyukov met ADFC members
FUR will conduct an away registration of marriage at a match aga
Volkswagen is official car of Russian national football team
FUR is in the UEFA committees and panels
FUR seminar was held in Moscow
Grassroots football Day in Russia
Tweets by rfsruofficial