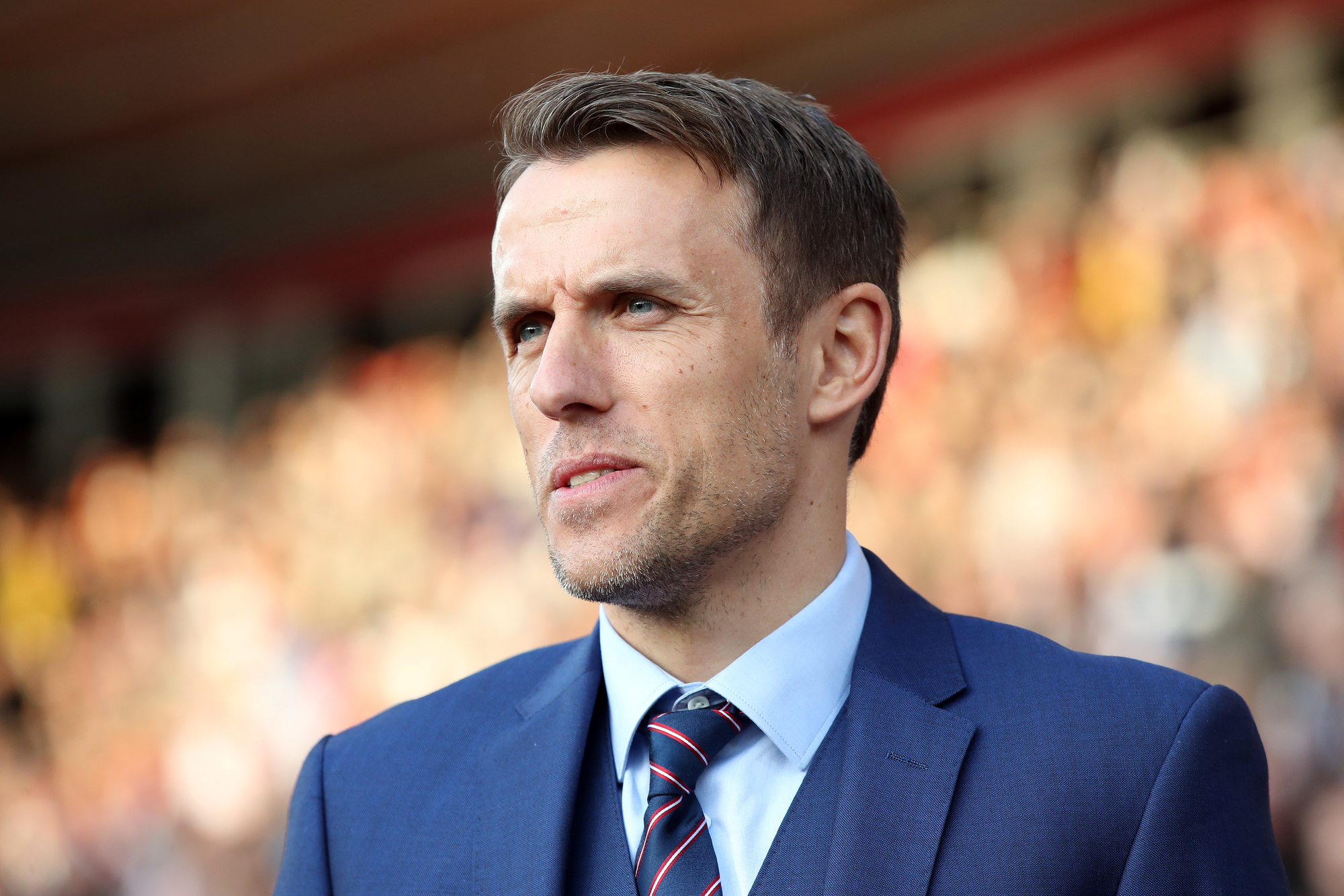 "The match against Russia is a difficult challenge"

A famous past player of the national team of England and FC Manchester United Phil Neville has been heading the first team of the country among women since January 2018. On the eve of the qualifying match of the 2019 FIFA Women’s World Cup in Moscow, he told about how he came in women's football, and about his debut as a coach of the women's national team of England. He also shared his expectations of the visit to Russia.

– How did you get the invitation to become the head coach of the Women's national team of England? How long did you think before agreeing to lead the team?

– I was waiting for the right opportunity to get back into football. Number one on the list was I wanted to be a manager and so I began talks with The FA. It was a rigorous, it was tough. I was given the opportunity to show my commitment to the job and I had no hesitation in saying yes when offered the role.

– You worked on the coaching staff of England U21s, FC Valencia and FC Manchester United. Is it very different from working with the women’s team?

– Your official debut as head coach of England took place at the SheBelieves Cup in the United States. What were your impressions?

– The most pleasing element was that the tournament gave me an opportunity to get to know my players and ensure that they trust me and I trust them. On the pitch, we had our best showing to date, earning four points and finishing second behind the US but ahead of Germany (where we recorded a 2-2 draw) and France (a 4-1 win). I learnt a lot about my players and staff and vice versa.

– In the first two official matches the team earned a draw against Wales and beat Bosnia and Herzegovina. Both matches were tough, are you satisfied with the performance and results?

– They were two tough games. Over 25,000 fans attended our game against Wales in Southampton and it was a tremendous atmosphere. As I said after the game, we were disappointed to only take a point. After a tricky first half, we kept them hemmed in and we just didn't put the chances away. We didn't create many chances but the dominance we showed in the second half was better. In Bosnia, we produced a patient performance where we had to wait. The first goal was always going to be key and we managed to get the first goal and I was satisfied.

– What are the strengths of your team?

– We have strong players across the park and like to play on the front foot, taking the game to the opposition and be brave on the ball. I feel we have strength-in-depth, a good blend of youth coming through and experience. We have players who have racked up over a century of caps for England and those just starting out on their international journeys. What’s more, a lot of our players play in the WSL and because the league is getting stronger, the best players are now coming to play in England. We then have the likes of Lucy Bronze, who has just lifted the Champions League with Lyon and Toni Duggan over in Barcelona doing exceptionally well.

– What do you know about the Women’s national team of Russia?

– They are one of the form teams in the group. They won 6-1 away in Bosnia and Herzegovina, scored nine goals in their previous two matches and have shown what they can do. We know they’ll present a difficult challenge and will want to entertain their supporters on home soil.

– What are your expectations of the upcoming game in Moscow?

– People will point to the reverse fixture back in September where England ran out comfortable winners but we expect a different test. The Russians are unbeaten since then and are still in the mix. We’ll ensure we work hard and prepare well for what is an important qualifying match.

– The remaining three World Cup qualifying matches will be away…

– We look forward to every game whether at home or away.  They will be three tough games. Playing in different countries always provides a new learning experience for players and managers. We’re looking forward to all three challenges but are firmly focused on our first game in Moscow.

– What can you tell us about development of Women’s football in England in general?

– The growth and development of women’s football is one of The FA’s major priorities.The game is growing all the time. Sue Campbell (FA head of women's football) is doing a fantastic job in leading us in a new direction off the field to move women’s football on. There is a commitment to excellence that has paid dividends in recent years and I know we can continue the great growth of women’s football.

– You were part of England’s 1996 European Championship squad that reached the semi-finals, what are your goals for your current team?

– We are working very hard to get from second to first in the world, although mindful it’s the hardest jump to make. It’s important to recognise how well our experienced players have done to take the team from third to second. To complement that, we have a number of younger players who are still developing with us and in their club football. I spoke to Sue Campbell about the upward trajectory. Sometimes, particularly when you are a year away from a World Cup, it is good chasing. It is good having the last peak to climb and I think we are in a great place at the moment. Going up to second has given us a little bit of a boost, but we have got a long way to go. We are still a bit off the USA. Physically we are not at their level but technically we are getting closer – although we have got a little way to go, but there is nothing that scares me in terms of closing that gap and challenging for silverware.