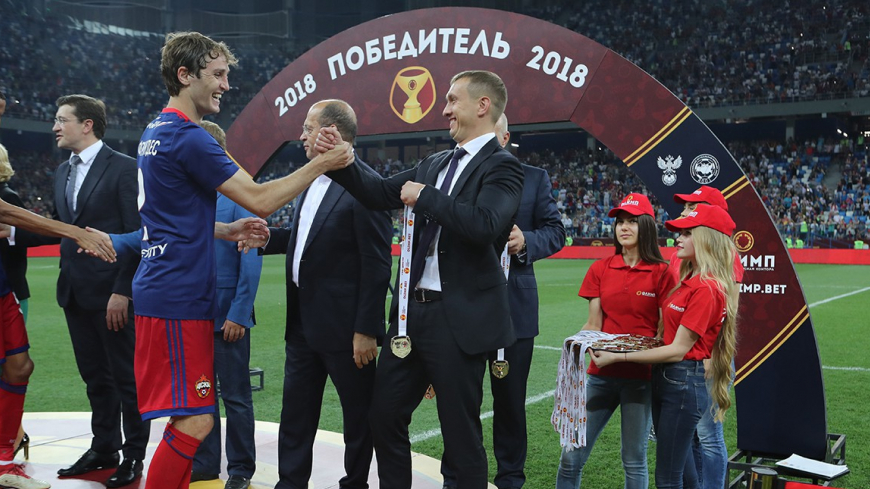 Alaev awarded the participants of the Olymp-Super Cup of Russia

FUR Acting President Aleksander Alaev visited the match for the Olympus-Super Cup of Russia in Nizhny Novgorod and took part in the awarding ceremony.

Two Moscow football clubs Lokomotiv and CSKA met to compete for the first trophy of the season 2018/19 at Nizhny Novgorod stadium. The victory with the score 1:0 during overtime was gained by CSKA; the only goal belongs to Khetaga Hosonov. Red and blue won the trophy for the seventh time.

– The starting match of the season, that took place right after the World Cup when the emotions still overflow,  justified expectations. Two worthy opponents, a magnificent new stadium, a real football atmosphere in the stands and cool telecasting – this is the standard that we have taken as a basis for the nearest future. Obviously, we are not only able to conduct such events, but now we can also freely choose where to do it.

I congratulate the fans with the start of the season, CSKA – with the conquest of the trophy, and all of us – with the fact that we are able to achieve results! Russian football has entered a new era!