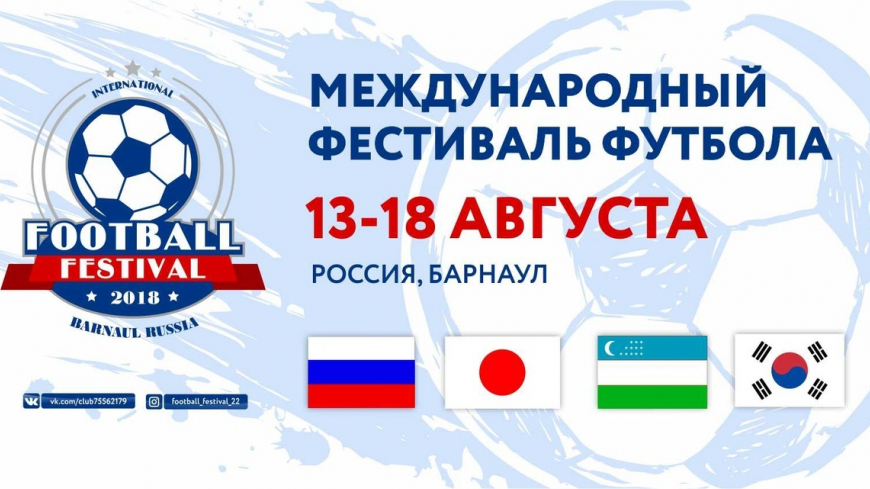 A tournament in memory of Gennady Smertin in Barnaul

A children's football festival dedicated to the memory of Gennady Smertin, who passed away in March 2016, the father of famous Altai football players Evgeny and Aleksey Smertin, will be held in Barnaul from August 13 to August 18.

The tournament is held for juniors born in 2006. It took place first in 2016, and in 2017 acquired the status of an international one. The festival will be held in Sports Park of Alexey Smertin (Entuziastov Street, 12).  Dynamo Football Academy named after Lev Yashin (Moscow), Lokomotiv (Moscow), the Altai team, Bunedkor (Uzbekistan), AlbirexNigata (Japan) and Daesung (South Korea) will come to Barnaul.

The opening ceremony of the tournament, which will be held on August 13, will be attended by a former Lokomotiv and the Russian team player Dmitry Sennikov.  Alexey and Eugeny Smertin and FUR Acting President Aleksander Alaev are going to visit the tournament as well.

- We decided to organize the competition immediately after our father’s death. We really wanted to create one of the biggest tournaments in the Altai region to the east of the Urals. Currently we have six teams, but perhaps next year the number will increase up to eight. The tournament is held for 12-year-olds, because this is the time when a child enters into a big football. Since this age, children begin to play in a big field. This is very symbolic.

Information: Gennady Ivanovich Smertin was a flank striker in the team of the motor plant in Barnaul. In 1963 he became the champion of the Altai region. Gennady Smertin worked as a coach-teacher in the sports school named after his son Alexey during last years of his life. In addition to hundreds of Altai boys, he brought up two well-known football players - his sons Alexey and Eugeny Smertin. A player of the current Russian national team Alexander Erokhin took lessons of individual skill at Gennady Ivanovich as well.