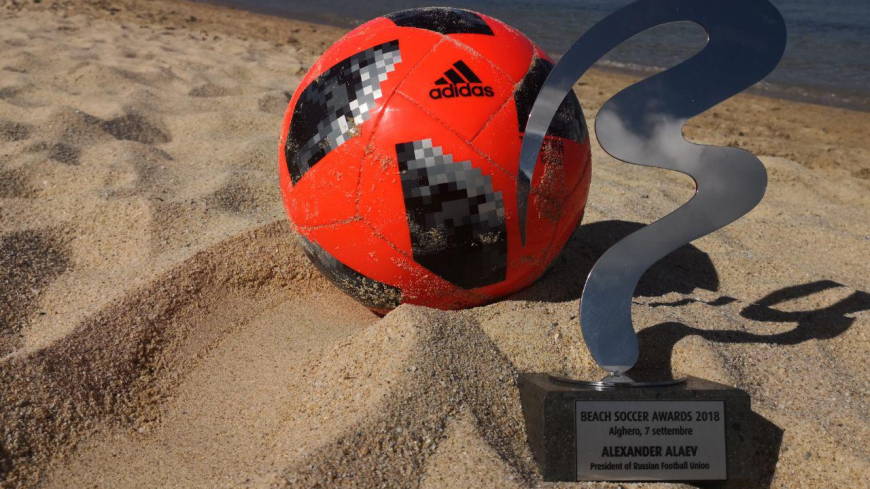 Beach Soccer Awards 2018 ceremony has taken place in Alghero, Italy. The Gala celebrated 15 years of beach soccer in Italy, and the best players and coaches of these past three lusters at the Italian National Championship were recognised. Aleksandr Alaev, acting president of the Football Union of Russia, head of the UEFA Futsal and Beach Soccer Committee, has been awarded for his contribution to beach soccer development.

Aleksandr Alaev, Acting President of the Football Union of Russia:

- Receiving awards is always a pleasant experience. I perfectly understand that this award is not given to me personally but to the Football Union of Russia for the outstanding contribution to sports development we made over the past 15 years. We achieved major successes but there is still a plenty of work to do. I am confident that beach soccer can grow to become an even more important sport.