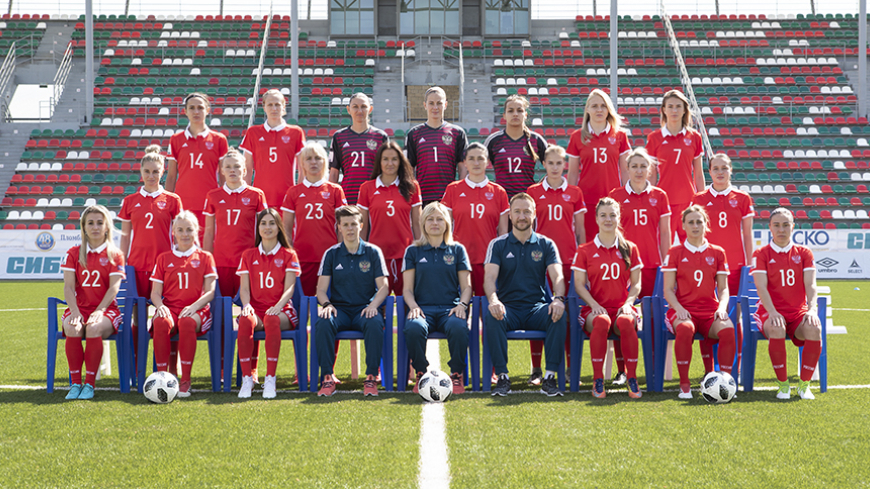 Women’s National team of Russia got together in Kratovo

On Monday, October 1, the women’s National team of Russia got together in Kratovo for an 8-days training camp. In the framework of the training camp it will hold two control matches against the team of Saturn sports school (Ramenskoe). The meetings will take place on October 4 and 7.

The coaching staff called out 22 players:

-We begin preparation for the next qualifying round of UEFA UERO-2021 that will start next autumn. We will hold two matches against Saturn sports school in the framework of this camp, and we will plan to give playing practice to all the players invited to Kratovo. Both experienced players and young newcomers are present here. New players will get acquainted to the requirements of the national team, and the “veterans” will brush up the generated material. The camp is very important: we are going to have two away friendly matches with Serbia in November, and right now we are training mainly for them, as we almost won’t have such an opportunity on the eve of those meetings. We are training in once-daily regime and conduct theory classes. We have a year before the start of the qualifying round of UEFA EURO-2021 and we must squeeze the maximum and approach it well-prepared.