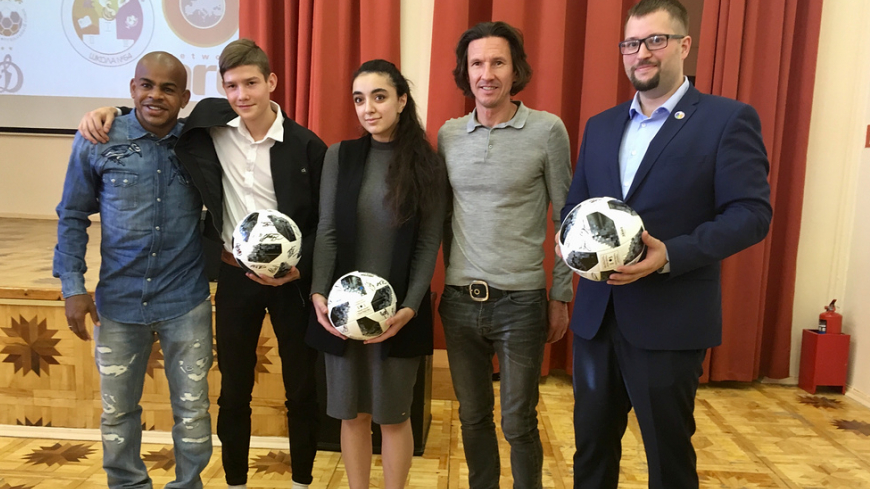 On October 12 at a state school number 64 in Moscow with the support of Football Union of Russia a “football lesson” took place in the frames of world action called Football People Action Week. FUR Director on Regional Policy and Foreign Affairs Alexey Smertin and a midfielder of Moscow FC Dynamo Joãozinho took part in that lesson.

First Smertin and Joãozinho held a meeting with senior school pupils in a school hall, where they answered the questioned and then gifted for the most interesting questions balls signed by the national team players.

Then Alexey Smertin held a master-class for junior school pupils and played football with the them.

“This is the first such lesson after the World Cup, but I think such events should be held on a regular basis. It is a great opportunity to tell the guys about uniting power of football – the game which gives everyone equal opportunities and teaches to respect each other”,  Smertin said.

The Football Union of Russia thanks state school number 64 for the assistance in organization of the event.