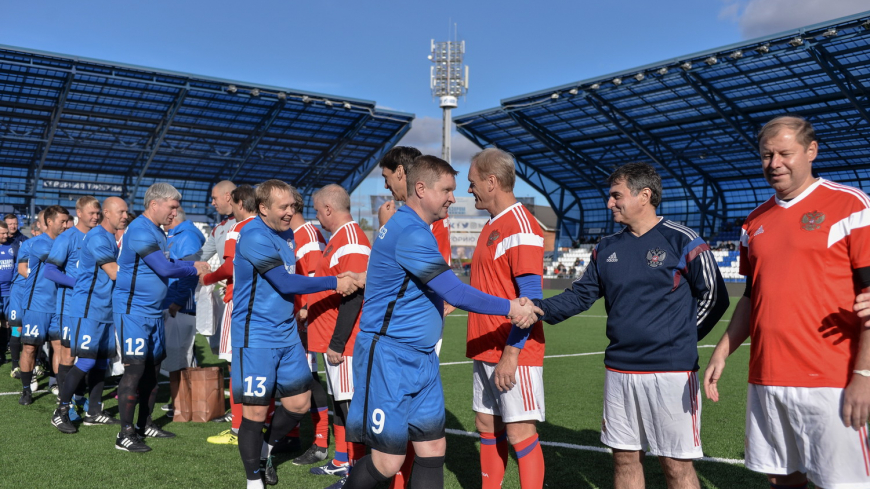 Veterans of the Russian team held a friendly match in Orenburg

On Sunday, October 21, a charitable match in memory of ex-director Igor Chumeyko’s football club of the same name was held. Teams of veterans of the Orenburg’s club and of Russia met on the pitch.

The meeting was marked by a friendly atmosphere, at the same time the participants showed a good level of football and rather high speeds. The game ended with the score 1:0 in a favor of the Russian veterans team, Sergey Kiriakov excelled with the goal.

The line-up of the hosts’ team was made up of veterans of the Orenburg football, and General Director of Gazprom dobycha Orenburg Ltd Vladimir Kiyayev, who took part in the organization of the meeting.

Igor Chumeyko is a Soviet and Russian footballer, coach and functionary. The major part of his career he played for FC Gazovik (Orenburg). On November 16 at the age of 63 during an amateur football match he felt bad and died a sudden death.