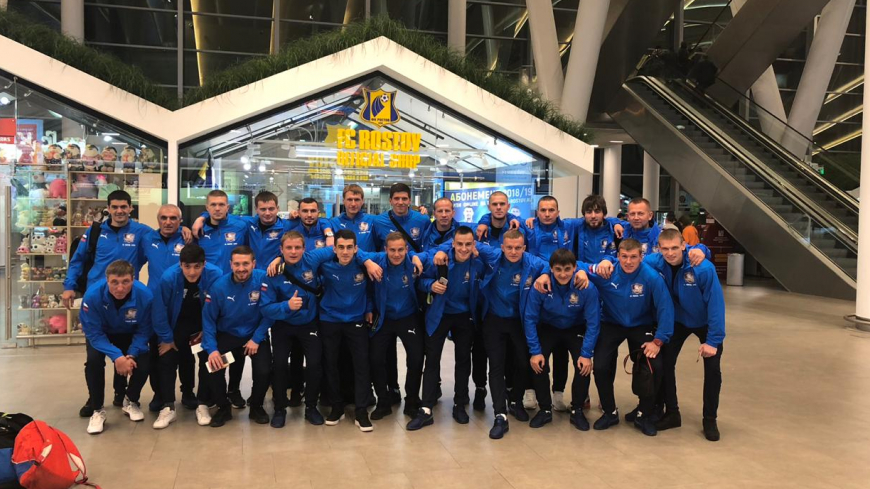 Intermediary round of UEFA Regions’ Cup in Northern Ireland

Russian amateur team “South Region - Chayka” Rostov-on-Don will take part in an intermediary round of UEFA Regions’ Cup 2018/19 on October 18-24 in Northern Ireland. The team has got this right upon the results of a final tournament among amateur team of IV division, which took part at the fields of “Gigant” sport complex in Krymsk.

Portugal “Braga”, “FYR Macedonia” and the hosts “Eastern Region - NIR” together with our team make up the group 1.

At the first group match, which was held on October 18, South Region - Chayka defeated FYR Macedonia with the score 4:0 (goals: Bogdanov, Zbrodov, Nastashev, Tishchenko). Then, October 21, a difficult meeting with Braga ended up in a draw 1:1 (goal: Lednev). The group stage of the intermediary round of UEFA Regions’ Cup will complete with the match against the hosts of the tournament Northern Irish on October 24.

Only the group stage winner will perform in the final of UEFA Regions’ Cup next year. 7 out of 8 teams, which will fight for a prestige European trophy of amateur football in 2019, are already known. Only one ticket to the final is left.