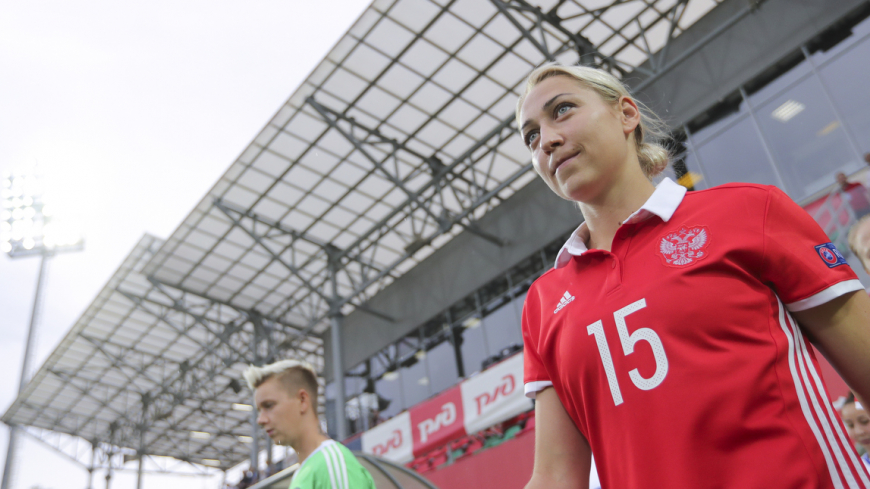 Elena Danilova finished her career in the national team

Elena Danilova, a forward of the national women’s team and FC Ryazan-VDV, announced her decision to end up career in the team.

-I made a decision to quit the national team. It was not easy but timely, in my opinion. It was a great honor for me to be a part of the national team at Euro and World Championships, to represent our country on international level. I want to thank all teammates playing with me and coaches training me.

Elena Danilova was born on June 17, 1987 in Voronezh. The trainee of a local FC Energiya she also played for FC Spartak Moscow, American FC Indiana and now represents FC Ryazan-VDV. Elena is an acting and many-time champion of Russia, two-time holder of the Russian Cup, winner of the American Cup.

Being a part of the Russian youth team Danilova got the gold of UEFA UERO-2005 in Hungary, having become the best shooter of the tournament (9 balls). Besides, together with the youth team she won the bronze of UEFA UERO in 2004 and 2006. Elena made debut in the national team at the age of 16 – on October 2, 2003 in a ¼ final match of the World Cup in USA against Germany, in which she scored after 24 minutes she had come out after a substitution. Danilova also participated in finals of UEFA UERO 2009 and 2017, taking place in Finland and the Netherlands respectfully, as well as in World Cup 2006 among girls U-20, in which Russia took part as well.