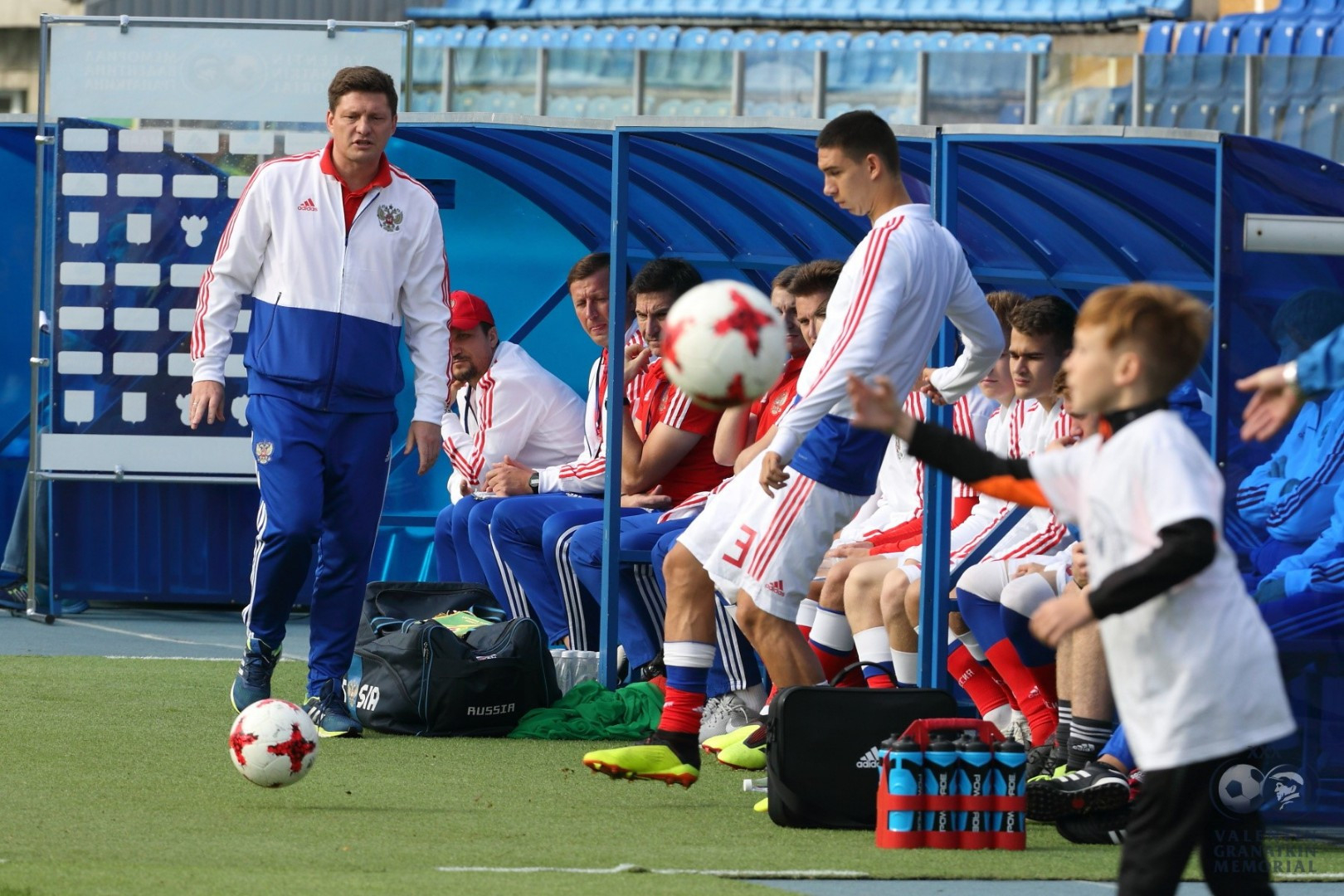 "We are upset with a draw"

On Tuesday, November 13, Russian junior team (players born in 2000) held a start match in the frames of the 1-st qualifying round of UEFA UERO 2019 U-19. Our team tied with Latvia. Head coach of the team Andrey Gordeev shared his impressions at the end of the meeting.

-What happened at the end? Why didn’t the Russian team manage to win?

-This happens when you have a lot of scoring moments but don’t score. Big responsibility for the result influenced the ending; we missed the ball in a moment. A football’s rule worked then: “if you don’t score, they score”. We are very upset with the result, as soon as we had an advantage. We can’t be proud of this outcome.

– However, a match in a parallel group ended up in a draw too, which means still there is hope...

-Everything depends on us; the main events of the tournament are ahead. It is important to remember this feeling when you could do something but you didn’t. And never get back to that feeling.

-During the break you decided to substitute Agalarov and Zhironkin, who appeared to be the most active in the first half. Explain the decision, please.

-We have a strategy for several matches. It is very difficult to have 3 matches during 6 days, that’s why the rotation is inevitable. Moreover, Gamid had certain problems with front of a thigh, that’s why he needs a partial strain. We have decent substitutions, but I can’t say that all the players of today’s match hit the mark.

-Today our footballers almost didn’t receive warnings, for the exception of episodes at the end. Is that a result of error corrections?

-We talked about it before. The guys have an understanding and desire to reach together great results, and that’s why it is important to learn to control your emotions.

Команды
Lost to Ireland
Draw against Romania
“We have to remedy the situation”
Представители
“We have to remedy the situation”
Youth team of Russia will perform at UEFA EURO 2019 U19
Win over Armenia
Турниры
“The guys felt the game”
Russian junior team get to the Elite round EURO-2019 U-19!
“The guys demonstrated endurance and pulled out the victory”
Category:
Men
Section:
National teams - Youth
Tags:
Russia 2000 Gordeyev Andrey Euro-2019. U-19. Qualifying Round
Football Union of Russia
Joint Statement by the Football Union of Russia (FUR) and the Ru
Cooperation agreement between FUR and Coca-Cola in Russia
FUR staff appointments
Cooperation agreement between OAO RZHD and FUR
Gazprombank is FUR and the Russian team’s official bank
"Silver button" of the Russian Football Team’s Youtube-channel
FUR became a nominee of “Sport and Russia 2019” award