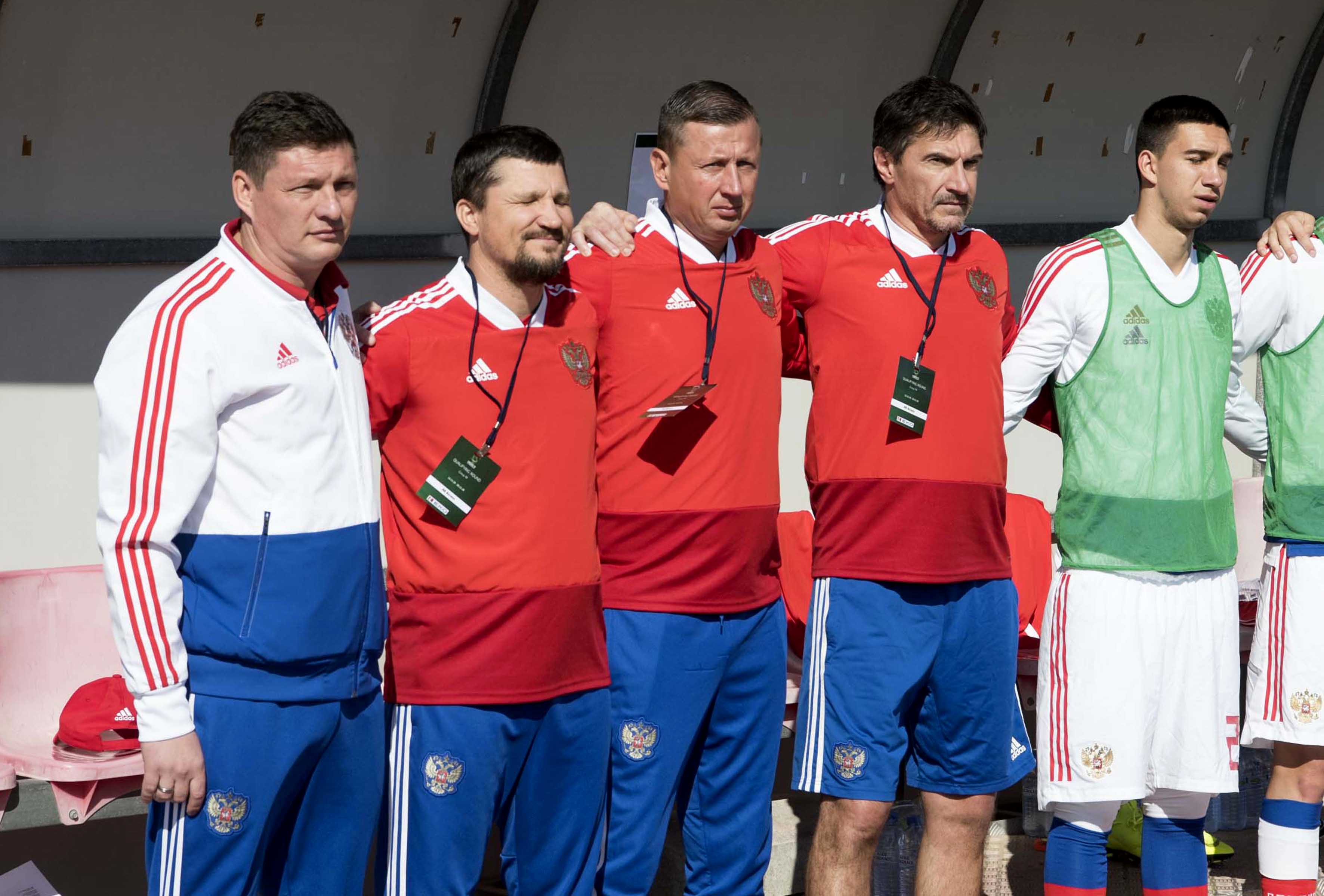 “The guys felt the game”

On Monday, November 19, junior team of Russia (players born in 2000) defeated the team of Montenegro with a score 2:0 in a final match of the first qualifying round of UEFA EURO 2019 U-19 and made it into the Elite round of the tournament. Head coach of the team Andrey Gordeev shared his impressions about it.

-We were aware of the fact that Montenegro would play in two forwards, press and make lots of side attacks. They were also dangerous at dead ball situations. We had to shift the game away from our gate. I can’t say that we managed to do it every time, but sometimes the guys were quick at grasp and bent with the wind, although we had not much time for training before. The match wasn’t easy but we managed to break the opponent and win.

-It seemed that Montenegro had a style different from the ones of other rivals.

-Yes, we talked about it. We knew that the opponent usually acted aggressively but we could crush its pressure. The Montenegro has a very good team, so our guys did a good job there. Although, if we had realized some moments earlier, it would have been better.  But this is football. It is good that we are able to create dangerous moments at the rival’s gate.

– Was a powerful start a setting for the game?

– In such matches the first ball is very important as it creates the mood and speed, adds confidence. I agree that we started aggressively, but today we had the third match already, the players are exhausted. We had to perform strongly and wisely, and we managed to cope with both of these tasks.

-Which match of the tournament was the most difficult?

– All the rivals were equal. All of them play almost at the same level, give away the territory. It is rather difficult to break the defense; you need to exert yourself and play more precisely. Perhaps, Montenegro has fewer counterattacks, but they are not very pleasant anyway.

-Summing up the tournament, what did you like about the Russian team’s performance?

– I like that the guys felt the game. They managed to show themselves and exit to the Elite round. But the most interesting things are still ahead.

Команды
Lost to Ireland
Draw against Romania
“We have to remedy the situation”
Представители
“We have to remedy the situation”
Youth team of Russia will perform at UEFA EURO 2019 U19
Win over Armenia
Турниры
Russian junior team get to the Elite round EURO-2019 U-19!
“The guys demonstrated endurance and pulled out the victory”
Win over Cyprus
Category:
Men
Section:
National teams - Youth
Tags:
Russia 2000 Gordeyev Andrey Euro-2019. U-19. Qualifying Round
Football Union of Russia
Joint Statement by the Football Union of Russia (FUR) and the Ru
Cooperation agreement between FUR and Coca-Cola in Russia
FUR staff appointments
Cooperation agreement between OAO RZHD and FUR
Gazprombank is FUR and the Russian team’s official bank
"Silver button" of the Russian Football Team’s Youtube-channel
FUR became a nominee of “Sport and Russia 2019” award