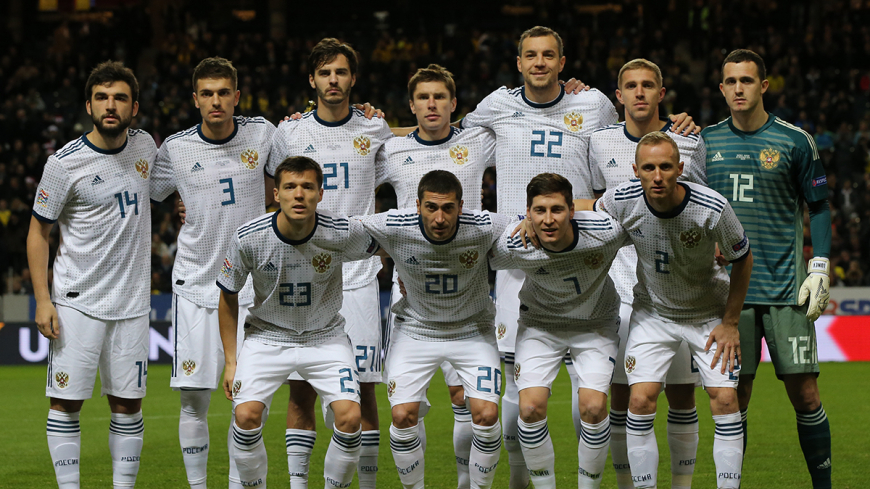 “Not an easy group, but will fight"

A draw of UEFA EURO-2020 qualifying round ended up in Irish Dublin, upon the results of which the Russian team along with the teams of Belgium, Scotland, Cyprus, Kazakhstan and San-Marino got into the group I. Right after the end of the event our players Artem Dzyuba, Roman Zobnin, Alexander Yerokhin, Ruslan Kambolov and Andrey Lunev gave short comments to press-office of the Football Union of Russia.

Artem Dzyuba. “Not an easy group, but we will fight. The struggle promises to be hot.”

-I started to watch a draw at home, and then had to go to the airport. My friends were sending me information about rivals on my way, and I watched the ceremony up to the end at the airport already. The group is very hard. Belgium is an unconditional favorite in the group, one of the best teams in the world along with France and Spain. The Scotts are very unpleasant, especially at home matches. The team of Cyprus is also a homey, can give a pain in the neck to anyone. Kazakhstan sometimes caches opponents on its field. The only thing I liked is the team of San-Marino in our group. This team always makes me happy. It is not an easy group in general. We will fight for the exit and the struggle promises to be hot!

Roman Zobnin. “There won’t be pass-through games with any of the teams.”

-I watched a draw in a clinic in Roma. It is quite an equal group in general. Perhaps three teams can be pointed out - Scotland, Russia and Belgium. I remember an away match against Glazgo Rangers, it was very hard. Usually fans can seriously push a team forward, that’s why it won’t be easy game for us in Scotland. In whole it is rather difficult to compete with all the rivals; all can play football. We have to set up our minds to show the maximum with each opponent, do our best. I’m sure there won’t be pass-through matches with any of the teams. First of all it is important to pay attention to our own game. As for the most difficult group, it is probably the one with Germany and Holland in it.

Alexander Yerokhin. “It is important to approach matches against Cyprus, Kazakhstan and San-Marino concentrated”

-We watched a draw with the whole team in the airport, now we are departing to a Premier League match against FC Arsenal. The group is rather interesting. Belgium is one of the leading teams in the world; it is on the first place in the FIFA ranking at the moment. Via Belgium we’ve got one of the strongest rivals. Scotland is a very tenacious opponent too. It is important to approach matches against Cyprus, Kazakhstan and San-Marino concentrated. In general the draw turned out to be equal. It is hard to excel some “death group”. I think it would be interesting to watch groups C, F and H. But we focused on our rivals foremost, we going to prepare.

Ruslan Kambolov. “Kazakhstan is a significant team for me.”

-That’s an interesting group. I think the struggle for to tickets will be held among Belgium, Scotland and us, but three other teams can also make surprises. The Belgians are the favorites, but it is not going to be so easy for them. By the way Kazakhstan is a significant team for me, as I debuted in a match against it in the Russian team.

Andrey Lunev. “The group is good. It is possible to play and we will.”

-I hadn’t any presentiments or preferences before the draw. I didn’t manage to watch the whole ceremony: I was going to the airport, that’s why I caught only the end when we’ve got Kazakhstan and San-Marino. The group is good, in my opinion; it is possible to play and we will. All the groups happened to be equal in whole, for the exception of the one with Germany and the Netherlands in its line-up. There are obvious favorites in each group, only group G is quite smooth. So, we are looking forward to qualifying matches and hope to get to Euro.