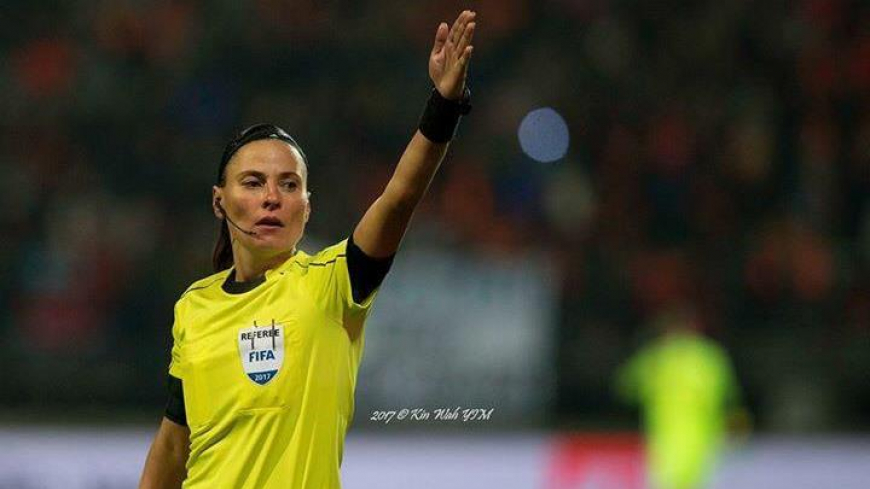 International Football Federation announced a list of referees, serving matches of the Women’s World Cup 2019. It will take place from June 7 to July 7, 2019 in France. Anastasia Pustovoitova is among 27 other listed referees and Ekaterina Kurochkina is among 48 assistants.

The upcoming start won’t be the first one of such a scale for our international level referees. They already worked at EURO in the Netherlands in 2017. Besides, they judged the women’s World Cup U-17 in Jordan (2016) and Uruguay (2018). At the latest forum, which was held from November 13 to December 1, Pustovoitova and Kurochkina served matches North Korea -Germany (1:4) and Spain - Canada (5:0) at the group stage, as well as a semifinal Mexico - Canada (1:0).

Остальные
Kazrtsev and Vilkov are video assistants at "Dynamo" vs "Rubin"
Pustovoitova will judge the final of Women’s Champions League
Arthur Dias will referee Turkey and Russia
Category:
Women
Section:
Football of Russia - Women
Tags:
Refereeing
Football Union of Russia
Deepest condolences
Aleksandr Dyukov met ADFC members
FUR will conduct an away registration of marriage at a match aga
Volkswagen is official car of Russian national football team
FUR is in the UEFA committees and panels
FUR seminar was held in Moscow
Grassroots football Day in Russia
Tweets by rfsruofficial