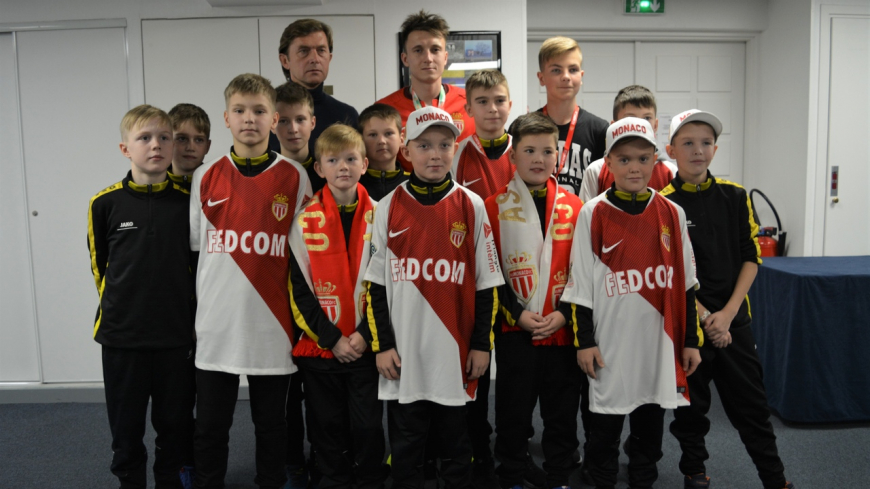 On December 3, young footballers of FC TSRF (Cherepovets), winners of the international fest “Lokoball-2018-RZD”, met a midfielder of FC Monako and national team of Russia Alexander Golovin in Nizzi.

Alexander gave to the champions t-shirts of the “red and white”, answered lots of questions of the guys, their coaches and parents, left autographs on the Monaco merchandise and took pictures with each of the players.

“Love football and give all of you to it. Don’t get distracted.  If you have chosen this path, go up to the end”, the halfback of FC Monaco and Russian national team wished to the champions.

The guys gifted to Golovin a sports pennant and mascot – Lucky Bear. The Children Football League granted FC Monaco a CFL’s official ball “Strike it” and a League pennant.

The boys won a prize “Journey to France visiting Alexander Golovin”, having become the best at Lokoball-2018-RZD. The event was sponsored by JSCo RZD and organized by Russian sport society Lokomotiv and the CFL and its partner FC Lokomotiv.