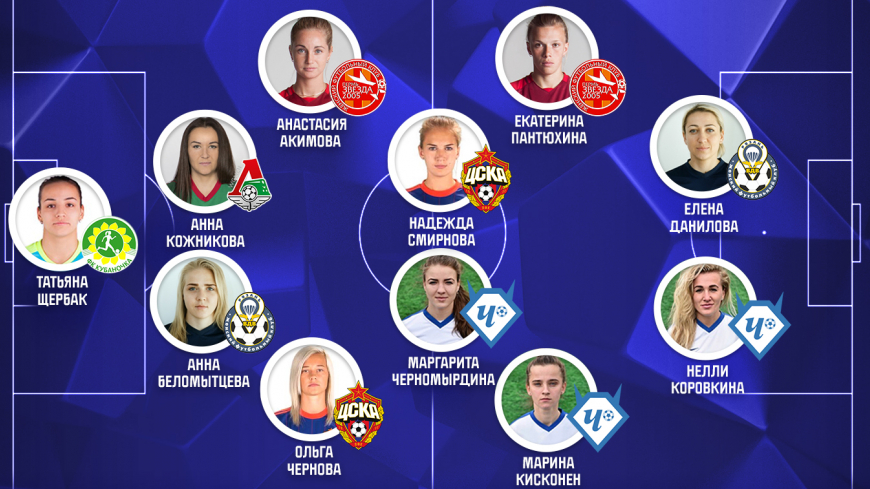 FUR women’s football Committee confirmed a symbolical team of the Russian Championship among women’s teams, season 2018. 11 footballers were chosen by voting, which was organized by the FUR Women’s Football Department. Head coaches and teams’ captains, as well as FUR Technical Director Andrey Leksakov joined the elective Committee. Upon the results of the voting the symbolical team of the Championship is following: