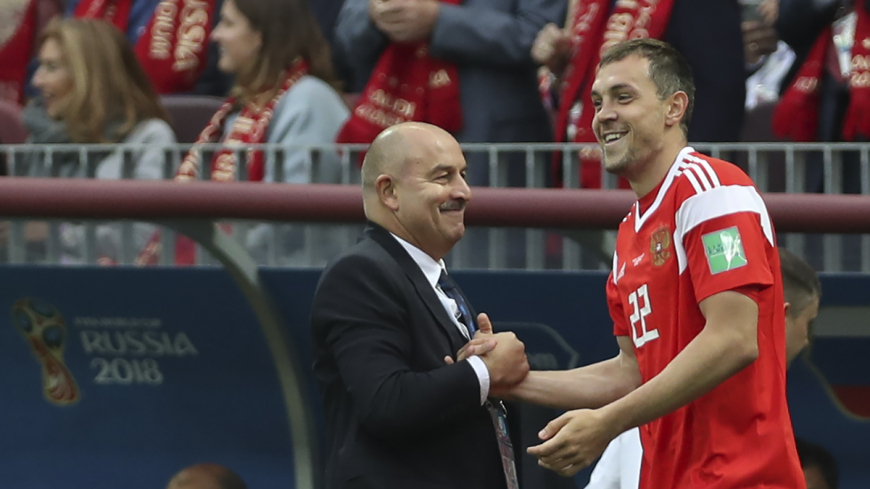 Forward of Russian National team and FC Zenit (Saint- Petersburg) Artem Dzyuba is recognized the best player of the year according to the polls of “Football weekly”. The winner got 614 points. CSKA goalkeeper and a former National team’s goalkeeper Igor Akinfeev is the second with 245 points. Another CSKA and a national team’s player Mario Fernandez received the third place (215 points). All the three took part in the FIFA World Cup last summer.

“There were lots of open discourses that Dzyuba was in the twilight of his career. There were so much loud articles saying that I had drained myself as a player. But you never should stop and give up. Believe in yourself, work and everything will come.  And also believe in good and there will be people who will support you even when you don’t expect it” - Football weekly quotes Dzyuba.

277 journalists of leading media and representatives of different press-offices took part in the poll-2018. Each respondent could name three best Russia’s players for a calendar year - Russians or foreigners playing in the Russian clubs, but each of them had to hold not less than 10 matches per year  (for foreign players - not less than 10 matches for Russian clubs). For the first place 3 points were given, for the second - two points, and for the third one - 1 point. 161 journalists put Dzyuba on the first place, 28 journalists - on the second and 3 ones - on the third place.

Check the ftbl.ru for a detailed information about voting.

Команды
We play for you: how the team united the country. Part 2
Meeting Belgium in Saint-Petersburg
Tickets to Scotland - Russia match
Игроки
All goals of Artem Dzyuba in RPL in season 2018/2019. Video
All Dzyuba’s goal passes in RPL of the season 2018/2019. Video
Dzyuba received “Best footballer of Russia - 2018” award
Турниры
We play for you: how the team united the country. Part 2
Stanislav Cherchesov is rewarded with a Saxon Order of St. Georg
Photo gallery of the main events 2018
Category:
Men
Section:
National teams - A-team
Tags:
Russia Igor Akinfeev Artyom Dzyuba FIFA World Cup 2018 Mario Fernandes
Football Union of Russia
Deepest condolences
Aleksandr Dyukov met ADFC members
FUR will conduct an away registration of marriage at a match aga
Volkswagen is official car of Russian national football team
FUR is in the UEFA committees and panels
FUR seminar was held in Moscow
Grassroots football Day in Russia
Tweets by rfsruofficial