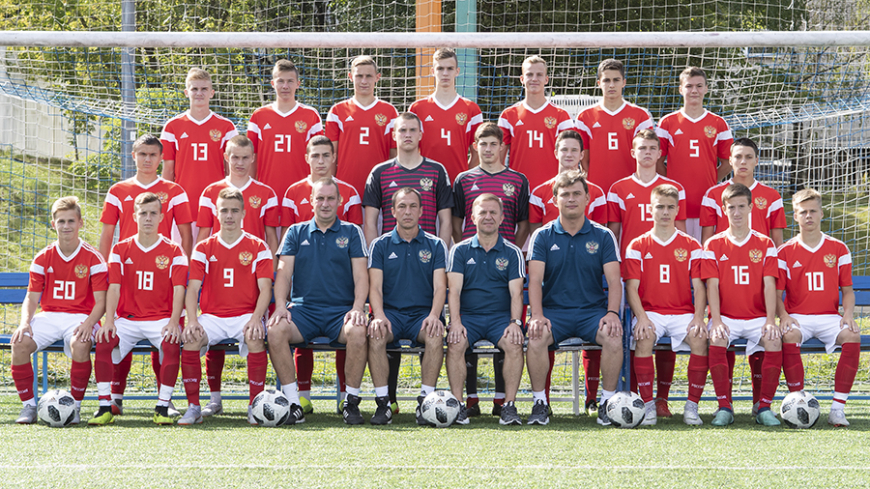 Youth team will play at the Aegean Sea Cup

From January 14 to 19 Russian youth team (players born in 2003) will take part in the Aegean Sea Cup in Turkey.

8 teams, split into two groups, are going to combat for the victory in the tournament. The Russians got into the group B together with Spain, Turkey-2 and Macedonia. Turkey-1, England, Moldova Albania formed group A.

Upon the results of the group stage the winners will exit to the final, and those who will become the second, are going to fight for the third place.

The Russian team will start preparing to the Aegean Sea Cup on January 9 - it will go to the Turkish town of Aidyn, where it is going to have a training camp.

The line-up of the Russian team:

-We will get together right after the end of winter holidays, on January 9, and go to Turkey, where we are going to hold 5-days training camp. Each footballer received a personal task to do during the holidays and I talked to each of them. We have invited 20 players, including several newcomers, to participate in the upcoming camp.

The Aegean Sea Cup is a very good tournament from the point of view of its line-up. We consider it as an initial stage of preparation to a mini-tournament of the first qualifying round of Euro 2020 U17, in the frames of which we will fight for an exit to the further stage of qualification against teams of Switzerland, San-Marino and Romania. The coaching staff will watch new players at the Aegean Sea Cup and those, who form the core of the team. We are going to restore gaming connections in Turkey after a break and will try to demonstrate the best result.