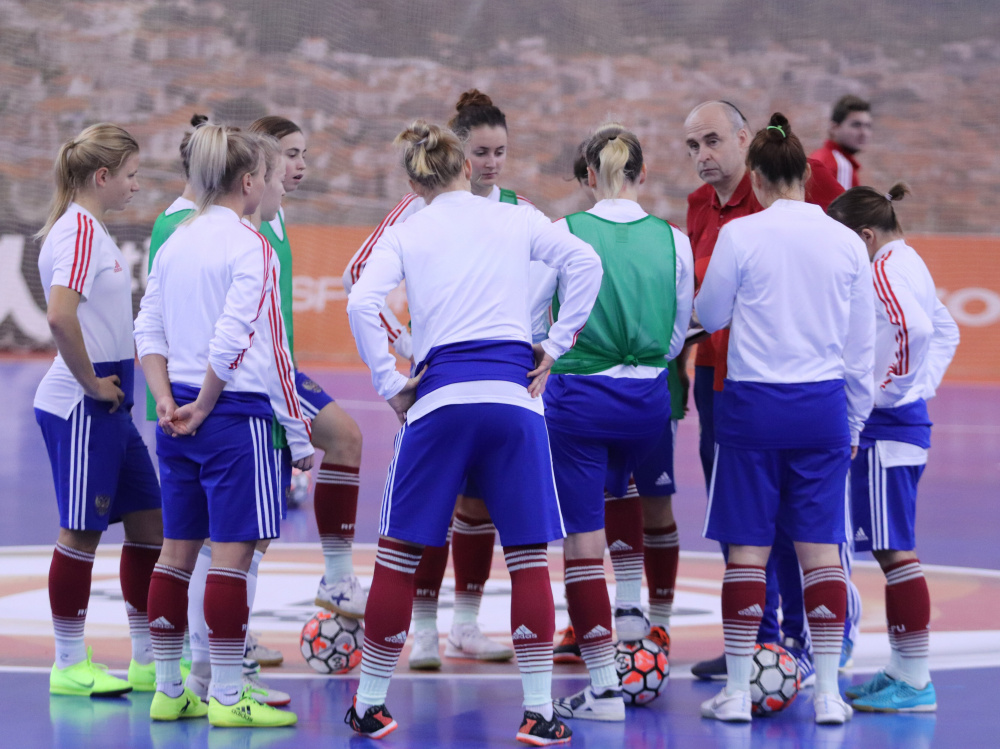 Russian women’s team is preparing for a debut EURO

On January 7-13 in the frames of preparation to the final of the first in history UEFA Futsal EURO women’s National team of Russia holds a training camp at Aquarium hotel in Krasnogorsk.

16 players take part in the camp.

Line-up of the Russian team:

Recall that our team got the right to participate in the “Final of four” of a debut draw of official Euro among women according to results of the Main Qualifying round. It was held in September 2018 in Croatia. Our girls headed by Evgeny Kuzmin tied with Sweden (2:2) and defeated Slovenia (5:0) and Croatia (9:0).

Upon the results of the draw of the final stage the team of Russia will meet Spain in a semi-final of Euro 2019 on February 15. Portugal and Ukraine will fight for the second ticket to the final. These final games will take place in Portugal Gondomar.