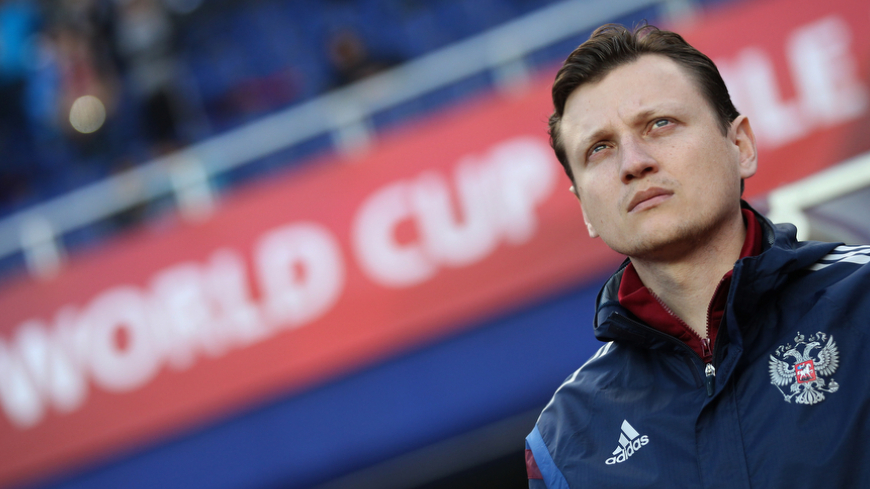 U21 team of Russia will meet Sweden and Norway

Russian U21 team (players born not later than 1998) will hold its first training camp in March in Marbella, where it will play two control matches with peers from Sweden and Norway.

Our team will go to the camp’s venue on March 18. The first control match against Sweden will take place on March 22, and the second one against Norway - on March 25. The team is going to come back home on March 26.

-Candidates to the U21 team are at the training camps with their clubs now. We have worked out certain requirements toward them in the area of discipline and gaming scheme and sent them to the players. We keep in touch with the footballers and coaching staff of their clubs to control the condition of the guys. Medical staff of the youth team also works in close contact with clubs’ doctors. The list of candidates to the U21 team now counts about 60 players, mostly the guys born in 1998 and 1999, but also several players of the year 2000.

In the near future our coaching staff is going to visit several RFPL and FNL clubs, where the majority of candidates are gathered. These are CSKA, Krasnodar, Lokomotiv, Spartak, Dynamo, Zenit, Rostov, Rubin, Krasnodar-2, Spartak-2, Zenit-2, Chertanovo, Khimki… We will see their training process, the way the guys work, look at control matches, and show themselves in their clubs. We plan to talk personally to them as well.

As for the rivals at the training camp in March, we would rather meet the ones similar in style to our future opponents in our qualifying group at UEFA EURO 2021 U21, but the choice is limited - each team has its own planes for the upcoming year. Sparring matches with Sweden and Norway will be important for us; these are strong good teams. It will be necessary to the players to adjust to an intensive game with high speeds, specific to international level games.

Команды
Youth team of Russia U21 will start in Saransk
Lost to the Czech Republic
Meeting Czech Republic in Leogang
Представители
Russian teams’ coaches in 2019
Mikhail Galaktionov is head coach of Russian U-21 team
Mikhail Galaktionov is in charge of Russian U21 team
Category:
Men
Section:
National teams - U21
Tags:
Youth team Russia Mikhail Galaktionov
Football Union of Russia
Deepest condolences
Aleksandr Dyukov met ADFC members
FUR will conduct an away registration of marriage at a match aga
Volkswagen is official car of Russian national football team
FUR is in the UEFA committees and panels
FUR seminar was held in Moscow
Grassroots football Day in Russia
Tweets by rfsruofficial