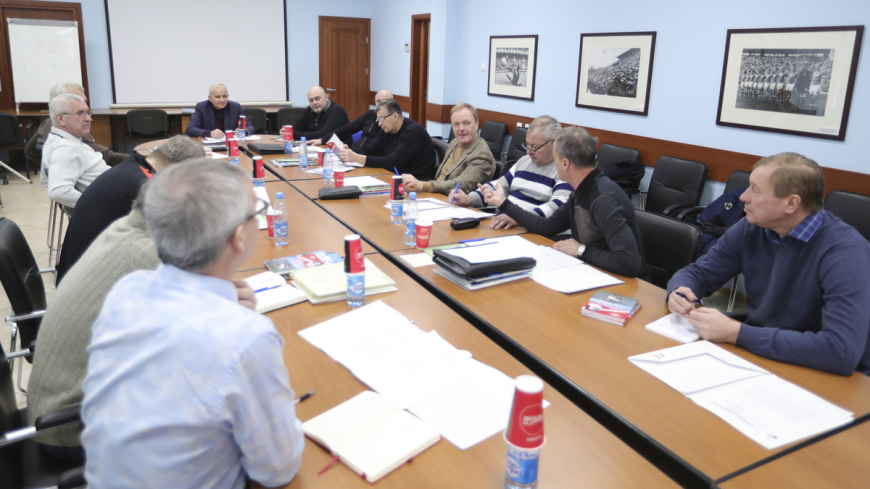 On Tuesday, November 29, a meeting of Football veterans Committee of the Football Union of Russia was held in the House of Football.

Chairman of the Committee Alexander Mirzoyan informed about events, planned for 2019. In particular, he noted that this year two important dates in the history of domestic football have to be marked: 90 years since Lev Yashin was born and 80 years from the date of birth of Valery Voronin - two greatest footballers of the present.

Football veterans Committee members approved a work plan for the upcoming year, considered the Regulations of a football veteran’s tournament “Never fading stars”, made a decision to hold All-Russian football competition among veterans of 60 years and older and considered a list of other issues.