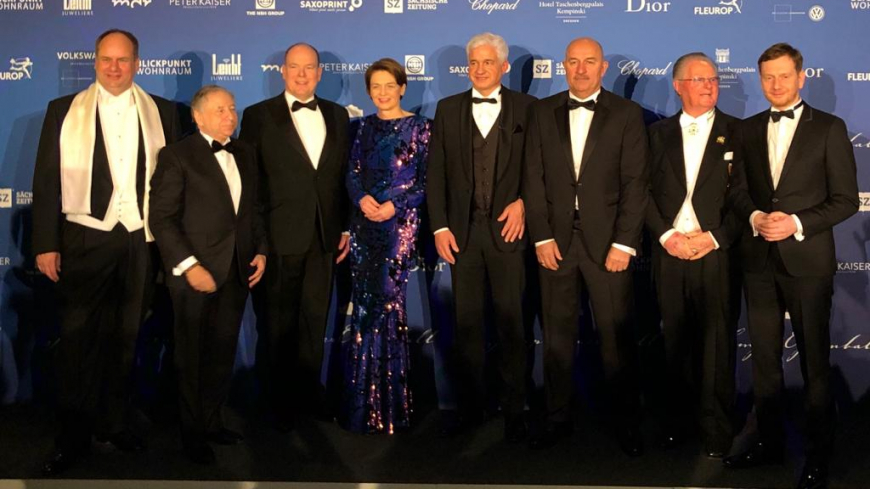 Stanislav Cherchesov is rewarded with a Saxon Order of St. Georg

On Friday, February 1, an annual ball, where awards to famous politicians, cultural and sports workers were given, took place in Semperoper in Drezden. In terms of our country this very famous event was remarkable for the fact that an “Order of gratitude” was given to senior coach of Russian national football team Stanislav Cherchesov. Thus, his merits at this post during FIFA World Cup 2018 were marked.

It should be noted, that together with Cherchesov such famous people as actor Alen Delon, Albert Prince of Monaco received the same awards. For instants, the Order was given to Vladimir Putin in 2009, which proves its high status.

The Order has the form of the exact copy of the “pearl” of Gruene Gewoelbe museum in Dresden made of gold - a statuette of St. George, striking a dragon with a javelin with a width on the background, saying "Adverso Flumine".

-It is a great honor for me to receive this award. I used to play in Dresden, that’s why I heard about the award, which is given by representatives of Saxony government. I would like to thank administration team for such a high assessment of my merits in work with National football team at home World Cup. But along with that I consider this award as recognition of the whole our country for an excellent organization of the World Cup and of the Russian team for the bright performance at that large-scale tournament.