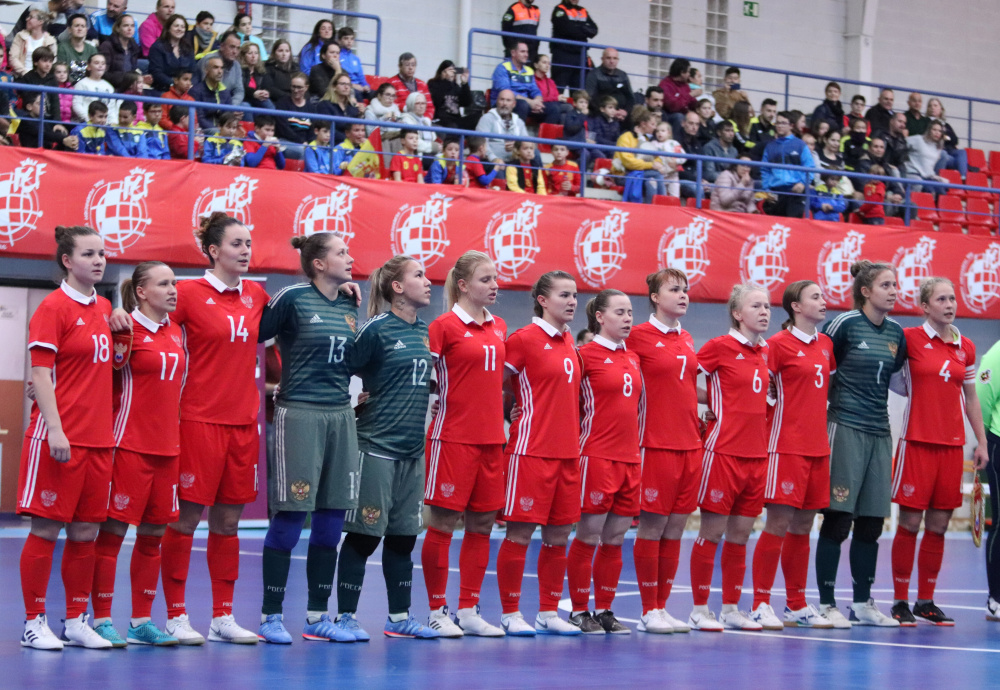 The Russians are preparing to Euro 2019 in Portugal

On Monday, February 4, women’s National futsal team started their preparation to the “Final of Four” of a debut official UEFA FUTSAL EURO, which will take place from February 15 to 17 in Portugal.

A training camp will be held at Ibis Moscow Dynamo hotel and CSKA sports complex.

The coaching staff headed by Yevgeny Kuzmin call out the following players:

Recall that our team will face the team of Spain in a semi-final of UEFA EURO 2019. The game will take place on February 15 in Portuguese Gondomare at 22:00, Moscow time.  Portugal and Ukraine will fight for the second ticket to the final, which is planned for February 17.

For more detailed information about the upcoming tournament, please check the official website of Futsal Association of Russia.