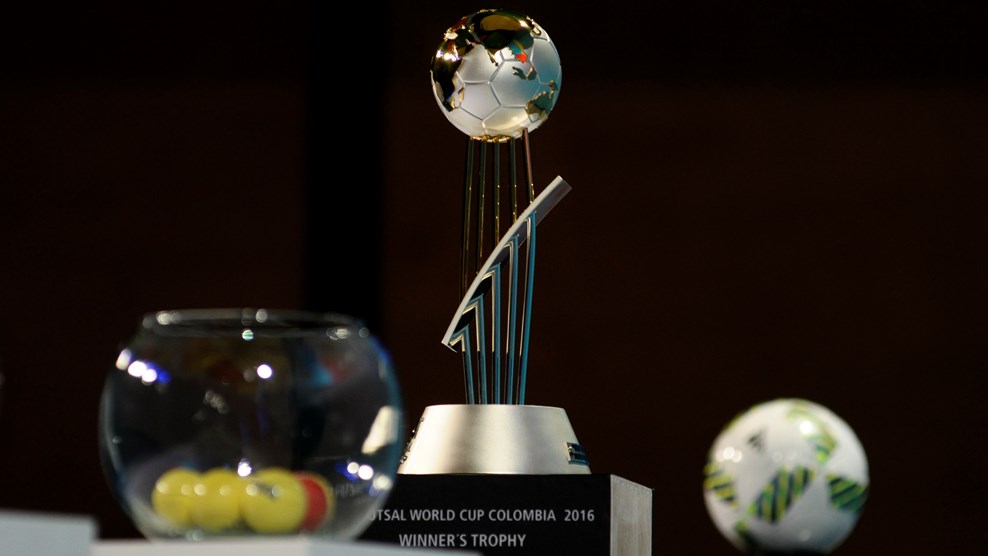 Rivals of Russian youth U19 team are defined

On June 7 in Riga a draw of group stage of the first in history UEFA Futsal Euro under aegis of UEFA for players not older than 19 years old was held. The tournament will take place in the Latvian capital.

Recall that upon the results of the qualifying 7 teams reached the final part of EURO 2019: Russia, Spain, Portugal, Poland, Ukraine, the Netherlands and Croatia. The team of Latvia, being the host, qualified to the tournament automatically. Games of the final stage of EURO 2019 will be held at Arena Riga. The matches will take place on September 8-14. The full schedule will published soon.

The group 6 games of Main round of Euro 2019 qualification were held at USK Podmoskovie (Shchelkovo). Our team won three times over the teams of Belarus (8:0), Greece (4:0) and Czech Republic (7:0).

Line-up off the all groups is the following:

* the host of the tournament

Konstantin Mayevsky, head coach of the Russian team U19:

-I would like to note good results of the draw – strong opponents got into different groups. We know the teams of Portugal and Latvia very well. Our team held two friendly matches with the Portuguese and I think that both coaching staff received food for thought. As for the team of Latvia – we met not so long ago; we know them, they know us. Taking into consideration those tasks that the team usually sets we will try to become the first in the group and then continue the struggle for the main trophy in semifinal of Euro 19.

Maxim Okulov, captain of the U19 team:

-I can say that we already got acquainted with two opponents – Latvia and Portugal. We held latest matches right with the Latvians. In the first game we took the lead and the score turned out to be impressive but we should pay tribute to the opponent – they analyzed the first meeting and at a rematch made minimum mistakes, so the second game was harder. I think that the team of Portuguese will be our main rival for the first line at the group stage. They have a quick, well-well-organized team with good executers. I can’t say anything about the team of Poland, because we didn’t meet before but I’m convinced that we will analyze their game with the coaching staff. In my opinion the Russian team has all chances to reach semifinal of UEFA EURO.