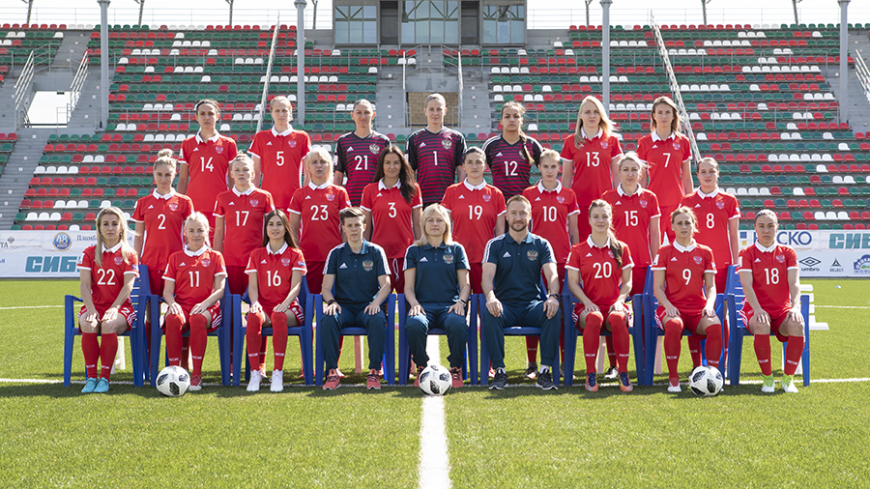 On Monday, February 25, women’s National team of Russia will flight to Spain, where it is going to conduct a 9-day training camp in Estepone. Within the camp the Russians will have a control match against the Olympic team of Sweden, which will take place on March 4 at 16:00, Moscow time.

The coaching staff headed by Elena Fomina called out 22 players to participate in the camp:

Elena Fomina, head coach of the National team of Russia:

-We have a flight to Malaga on February 25. We plan to train twice a day and at the end of the camp will hold a control match against the Olympic team of Sweden. In comparison to the latest camp in Turkey there are no so many changes in the line-up. We understand with whom we will move forward. We have already defined the core of the team. Now the main task is to prepare this group of players to matches of qualifying round of UEFA EURO 2021. The other day we took part in a draw of this tournament and are generally satisfied with its results. It could be better, but it could also be worse. It is obvious that the Netherlands is a favorite of the group, and Slovenia, same as us, is a candidate for a second place. The Dutch are acting champions of Europe, the participants of the nearest World Cup. We met them two years ago in a friendly match and we know firsthand that it is a very strong rival. We also faced Slovenia twice within a qualifying tournament of World Cup 2015. It is an obstinate, tenacious team. I wouldn’t ignore Turkey as well, which was our opponent during qualifying of Euro 2017: it can also throw a curve. Estonia and Kosovo are new opponents for us; it is difficult to say anything yet. Anyway, there is a task, set in front of us - to leave the group and to reach the final of UEFA EURO 2021 and we are aimed to do everything possible to achieve it. I’m sure we can do that.