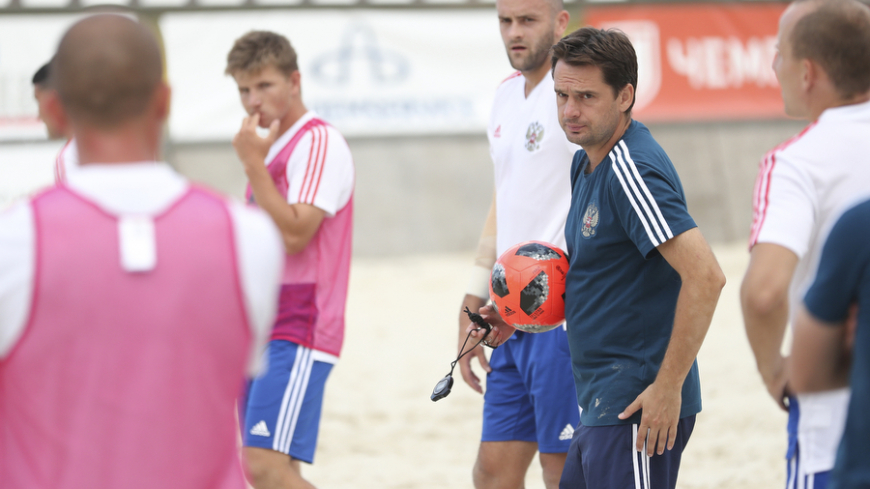 Likhachev no longer double-jobs in FC Spartak and Russian team

Head coach of Russian beach soccer team Mikhail Likhachev ceased his work in FC Spartak Moscow. He noted that he would like to focus on the work in the National team, as soon as a very busy season with a large amount of matches is ahead.

Likhachev was appointed head coach of FC Spartak in November 2017. Together with the team he won the first medals of the Russian Championship in the club’s history - in season 2018 “the red and white” became the bronze winners of the championship. In Russian Cup 2018 and Mundialito 2019 the moscovites became the fourth.

-It was a weighted decision, which I made long ago. As soon as a plan and calendar of the national team for 2019 became known, I understood that it would be impossible to combine two posts next season. Clubs World Cup took place in Moscow last week and we agreed with Spartak to announce it upon termination of the tournament.

I have a contract with the national team, now all my thoughts are about it. Soon we are going to start preparation to a very difficult season.  On April 12 we will go to Saint-Petersburg, where a training camp will be held, and afterwards we will participate in an international tournament Inter Cup. The line-up is going to be experimental. We plan to involve both young players, who haven’t been called out into the team, and those who have an experience of performance in the national team.  Basing on the results of the camp in Saint-Petersburg a further line-up will be defined, including for a participation in qualifying matches of World Beach Games in San-Diego.