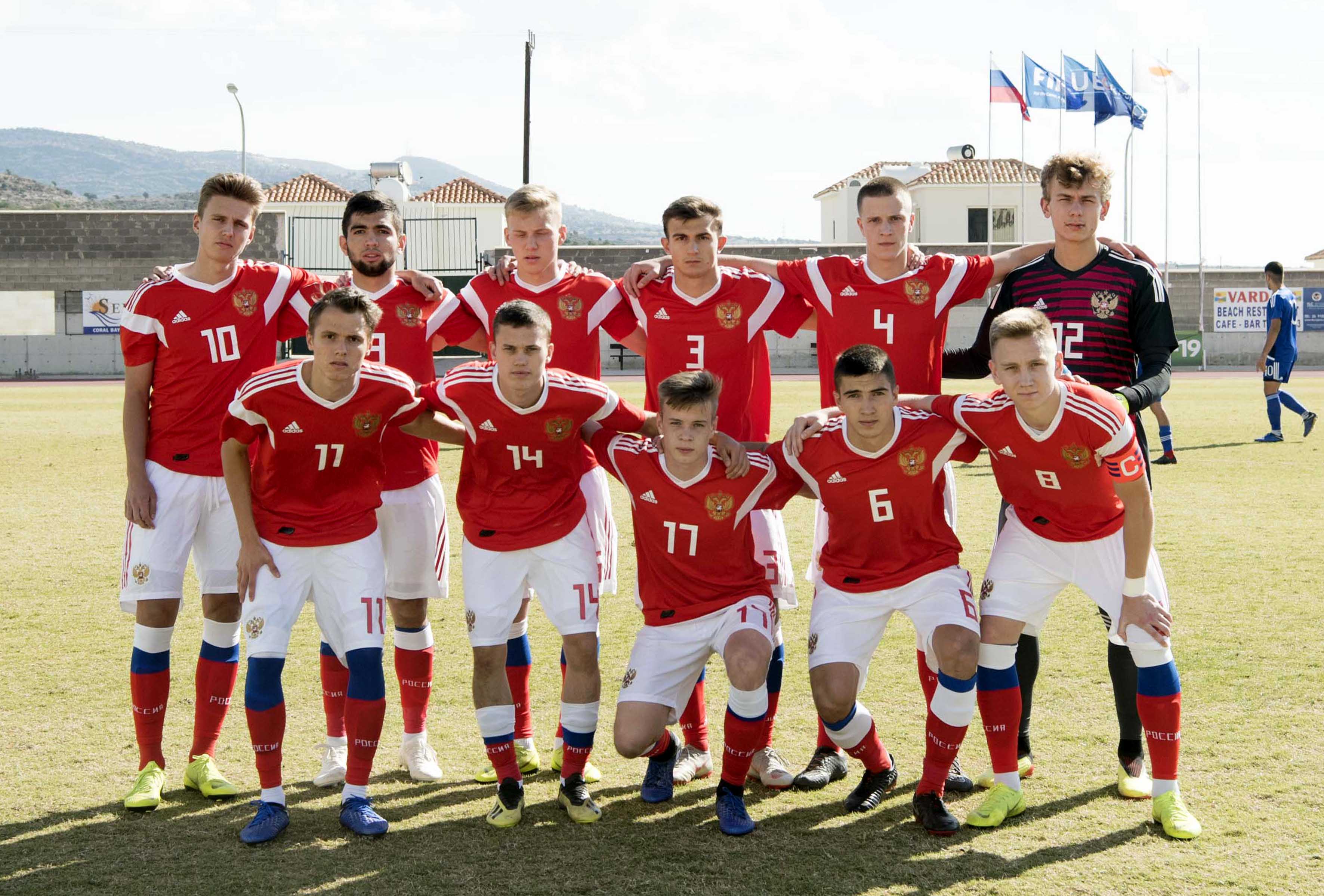 Youth team of Russia will perform at UEFA EURO 2019 U19

Coaching staff of youth team of Russia (players born in 2000) headed by Andrey Gordeyev defined the list of players for Elite round of UEFA EURO 2019 U19. The tournament will be held from March 20 to 26 in Krasnodar.

20 players will be invited to participate in the tournament:

The team’s flight to Krasnodar is planned for Sunday, March 17. The first match in the group 1 against the team of Azerbaijan will take place on Wednesday, March 20. Three days later the Russians will meet the team of Romania, and on March 26 the Gordeyev’s team will confront Ireland. All the matches are going to start at 17:00 Moscow time at “Krasnodar” stadium.

According to the regulations of the tournament the best teams from seven qualifying groups will exit to the final of Euro, which will take place on July 14-27 in Armenia.

-Additional responsibility and pressure always presents in matches of international level. We want to approach the tournament full-armed: to be ready in physical and psychological aspect. We talked about it with the guys at the latest training camp. All the matches within the Elite round won’t be easy. The mood, character and understanding of the game as well as knowledge of the opponent are very important to defeat any team. There are no simple rivals at this stage; all of them deserve your respect. We will find out how to act in each particular match.

-Tell us about line-up losses in our team. Who wouldn’t be able to play due to injuries and disqualifications?

-Rustam Khalnazarov will definitely miss the next game; he has lots of yellow cards. There is also a list of players, who are on a thread of warnings. We know that Svyayoslav Tsec’ got a serious injury, he will miss the round; as for the rest – I don’t even want to touch upon this topic. I wish a soonest recovery to all the guys with health problems at the moment. Life always makes its corrections in our work.

-The Russian team will get together on March 17, and already on March 20 the first game is planned. What can the coaching do for three days?

-A lot of thighs have been done already; the team understands and accepts our requirements. The task of the coaching staff is to find optimal combinations for each particular match; and a lot depends on physical condition of the players. Now we track how much time each of them spends on the field. It is impossible to do a lot for three days, but it’s possible to do enough. In such competitions as Elite round of UEFA EURO a team, as a group of likeminded people, always wins. Each should have a strongest desire to win, and only in that case it can happen.