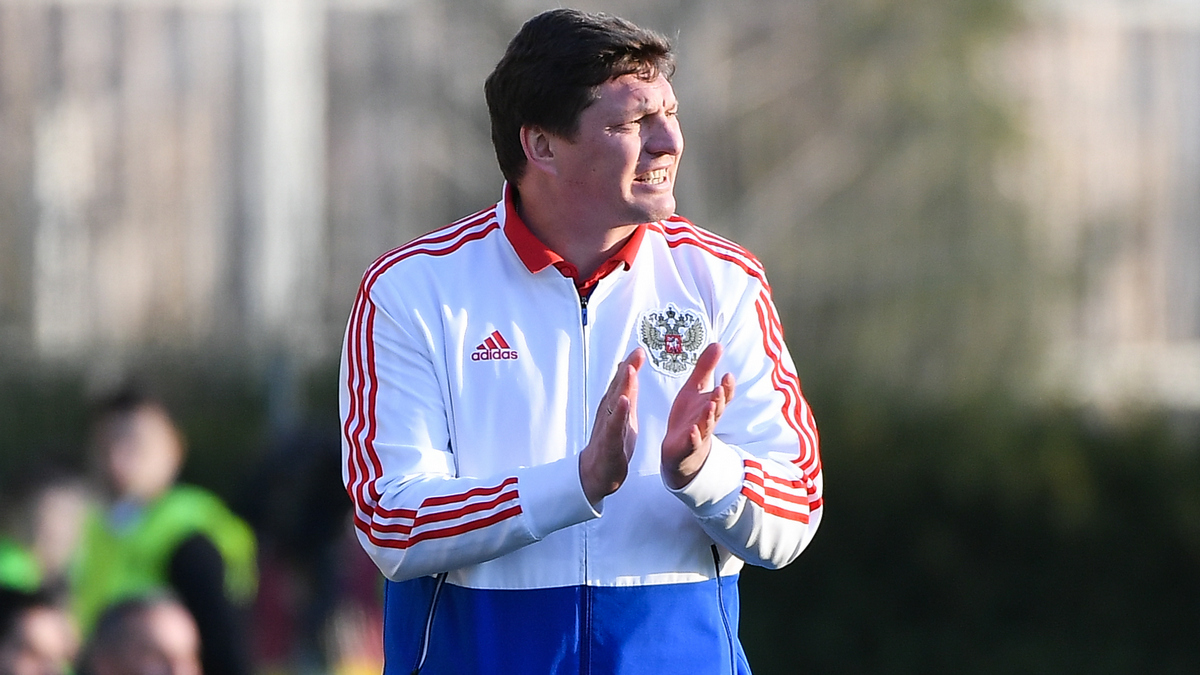 “We have to remedy the situation”

On Wednesday, March 20, youth team of Russia (players born in 2000) held its first match within Elite round of UEFA EURO 2019 U19 in Krasnodar. Russian team tied with the team of Azerbaijan – 0:0. The teams’ coaches Andrey Gordeyev and Vugar Mamed answered the questions of journalist after the game.

-We are a little bit upset with the result. As Cesar used to say, now we have either win or die, there is no other way. Perhaps, this is not the worst situation. Now we definitely have to win in other games. I think today we played good enough to score, but it happens in football, when balls don’t get into the gates. It is good that we managed to play safely in defense, except for the last several minutes. We had a great desire and emotions to score and win, that’s the reason why we missed an unpleasant counterattack. We had a territorial advantage over the difficult opponent. We created rather good moments, moves. Agalarov at the end had a 100% chance. But it happens; we are moving forward, we have to win.

-What were your first words to the guys at the locker room?

-The guys were irritated and disappointed. I tried to calm them down and told that everything was ahead. We continue to struggle; it won’t be easy. We discussed it before. The players wanted to show themselves at home, in front of their fans, but we have to control our emotions. We couldn’t score today but we have to work and move forward. We understand where to go and we need to remedy the situation.

-Have you seen a parallel match between Ireland and Romania?

-We’ve seen the past games of the Irish team and know that it is a strong rival. They beat a top team – the Netherlands. We didn’t see the today’s game, didn’t want to distract and were preparing to the upcoming match. But, of course, we know the result.

-I would like to thank the administration team, FC Krasnodar for the conditions created for us. Special thanks to our fans that supported us.  Not so often we play with such hot support.

Vugar Mamed, head coach of the youth team of Azerbaijan:

-Today we played against a very tough team. Taking into consideration our injured players, it was hard for us. Russia is one of the strongest teams in our group; we will prepare for next matches.

-Are you satisfied with the outcome?

-Considering the level of the opponent and the fact that it was an away match for us, today’s match is equal to victory.

-Is Russia a favorite in the group 1?

-All teams have chances to exit to the next stage, but I think Russia and Ireland are favorites.

Команды
Lost to Ireland
Draw against Romania
Draw against Azerbaijan
Представители
Youth team of Russia will perform at UEFA EURO 2019 U19
Win over Armenia
Elite round of UEFA EURO 2019 U19 will take place in Krasnodar
Турниры
Lost to Ireland
Draw against Romania
Draw against Azerbaijan
Category:
Men
Section:
National teams - Youth
Tags:
Russia 2000 Gordeyev Andrey Euro 2019 U-19. Elite round
Football Union of Russia
Joint Statement by the Football Union of Russia (FUR) and the Ru
Cooperation agreement between FUR and Coca-Cola in Russia
FUR staff appointments
Cooperation agreement between OAO RZHD and FUR
Gazprombank is FUR and the Russian team’s official bank
"Silver button" of the Russian Football Team’s Youtube-channel
FUR became a nominee of “Sport and Russia 2019” award