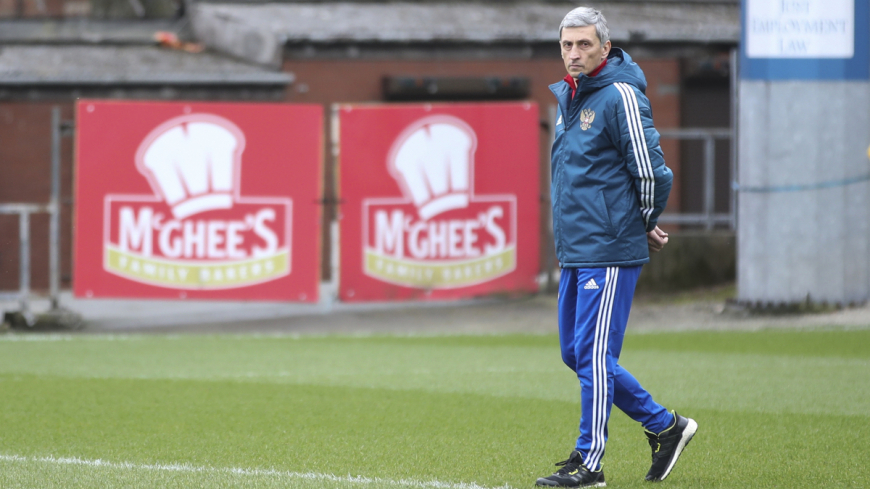 "Portugal is of the top level"

Head coach of the youth team of Russia (players born in 2002) Dmitry Khomukha commented on results of a draw of UEFA EURO 2019 U17, which took place on April 4 in Dublin.

Recall that our team has got into the group C together with Iceland, Portugal and Hungary. The final tournament will take place on May 3-19 in Ireland.

-In my opinion, there are two groups, which by their line-ups look tougher than ours. As for the rivals - we met Portugal not so long ago at Elite round of UEFA EURO 2019 U17, know it very well, this is a team of the top level. We haven’t met the teams of Hungary and Iceland before, so now we will collect all the information about these teams, including videotapes of their games.

There can’t be weak or worse prepared teams at Euro. All the teams deserved their right to perform at the final part. The rivals will be very strong and we have to prepare to the tournament very seriously. We are negotiating right now, and perhaps will conduct a training camp before the start of the continental championship in Ireland.

We are going to move forward step by step at the tournament. So, the main aim for us now is to hold the first match well. Upon the results of the first meeting we will create a strategy for group stage of the tournament.

Команды
Lost to Hungary
Lost to Portugal
Lost to Iceland
Представители
“We are not going to be easy beats at UEFA EURO”
Russian teams’ coaches in 2019
Opponents of youth teams were defined in Nyon
Турниры
Lost to Hungary
Lost to Portugal
Lost to Iceland
Category:
Men
Section:
National teams - Youth
Tags:
Russia U-17 Dmitriy Khomukha U-17 Euro 2019. Finals
Football Union of Russia
Deepest condolences
Aleksandr Dyukov met ADFC members
FUR will conduct an away registration of marriage at a match aga
Volkswagen is official car of Russian national football team
FUR is in the UEFA committees and panels
FUR seminar was held in Moscow
Grassroots football Day in Russia
Tweets by rfsruofficial