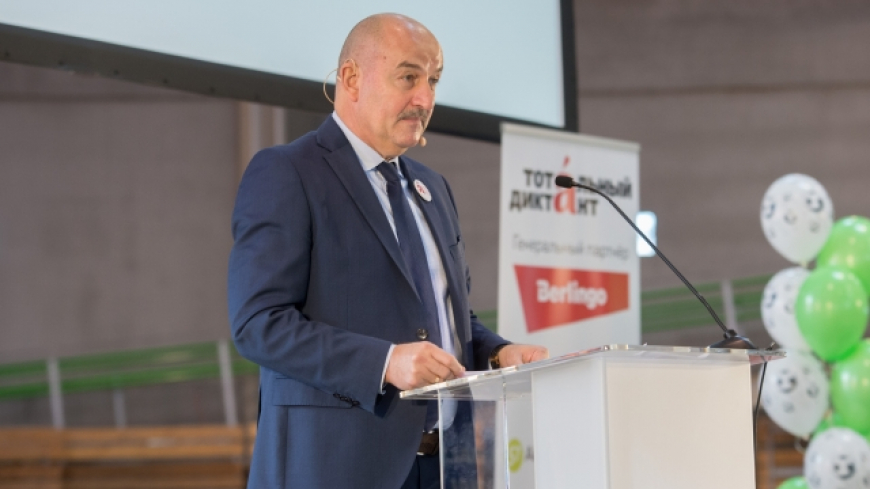 On Saturday, April 13, a world-wide action “Total dictation” is held all over the world. This year special attention is drawn to Tallinn, which has become the capital of the action.

Head coach of Russian national football team Stanislav Cherchesov visited the capital of Estonia today. He dictated a text to participants in Lasnamäesk athletic hall. Except him the author of this year’s text Pavel Basinsky, cinema and theater actor Kirill Kyaro, as well as an actress of the Russian Theater, film director and TV presenter Tatiana Kosmynina did the same at different sites of Tallinn.

“It is a very interesting event, in which I took part with great pleasure. I think that it is important to be literate in modern world. First of all we are all citizens of our countries, and secondary - coaches, footballers, doctors, and teachers. There are many Russian-speaking people in Tallinn, who, as far as I know, participated in “Total dictation” too. I would like to thank providers for an invitation” - Stanislav Cherchesov said.