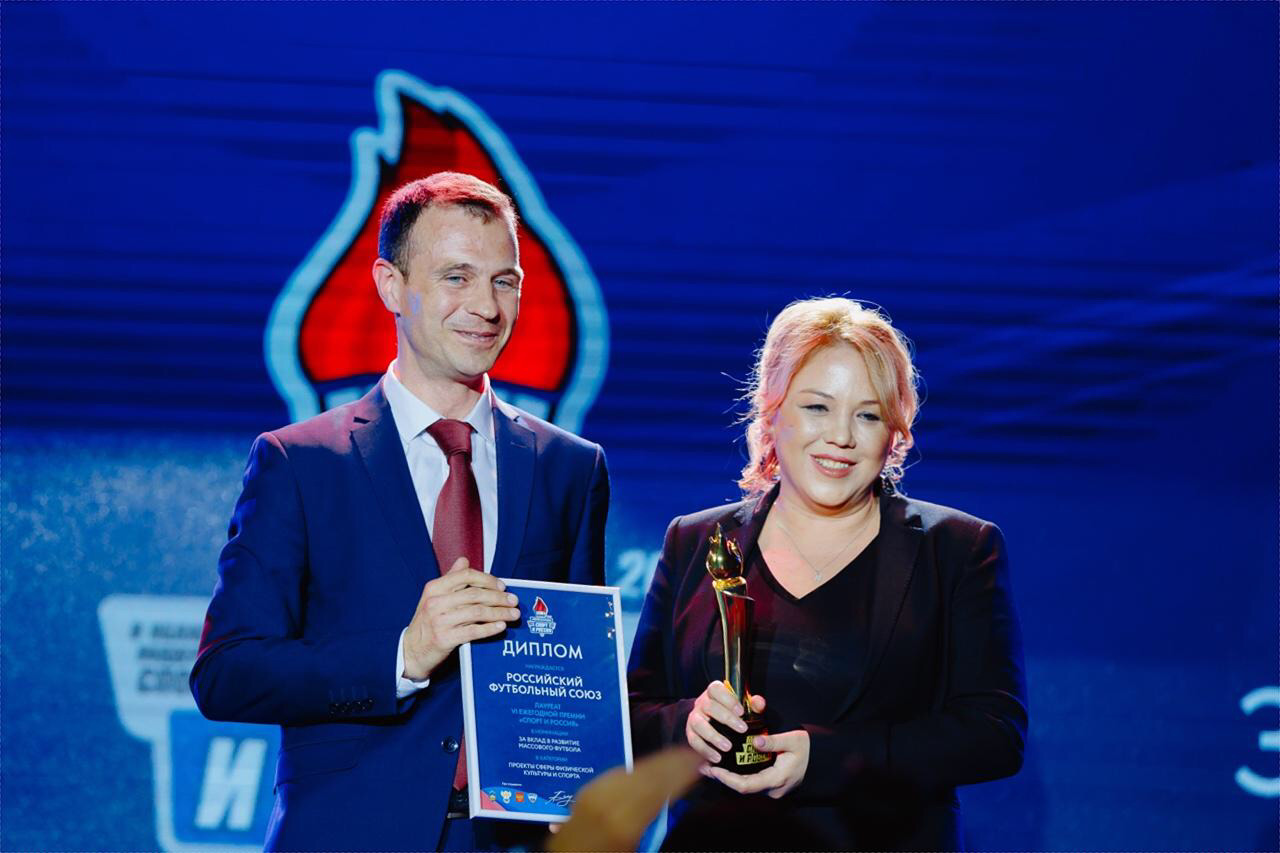 FUR became a nominee of “Sport and Russia 2019” award

On Friday, April 26, an awarding ceremony of laureates of the IV annual award “Sport and Russia 2019” took place in Sochi. This event is created for promotion and support of sport in Russia and called to increase interest to sport in business area and strengthen ties in professional society. The next meeting, within which a business-forum was held too, took place with support of Ministry of Culture of Russian Federation, the Football Union of Russia and Football National League.

Best companies were marked for support of sport and healthy way of life. FUR received a merited award in nomination "For contribution in development of grassroots football".

#SportBusinessInvestments conference, which became a business site for discussing of such crucial topics as partnership development in the area of football and healthy way of life, exchange of experience and successful practices, anticipated the awarding ceremony.

The solemn awarding ceremony of “Sport and Russia 2019” nominees continued the evening and representatives of 50 winner companies were awarded. A famous sports commentator Victor Gusev hosted the ceremony.

Stars of the Russian football Dmitry Sychev and Aleksandr Filimonov, as well as an Olympic champion Aleksandr Legkov and famous Russian hockey player Alexey Morozov were honorary guests of the event.