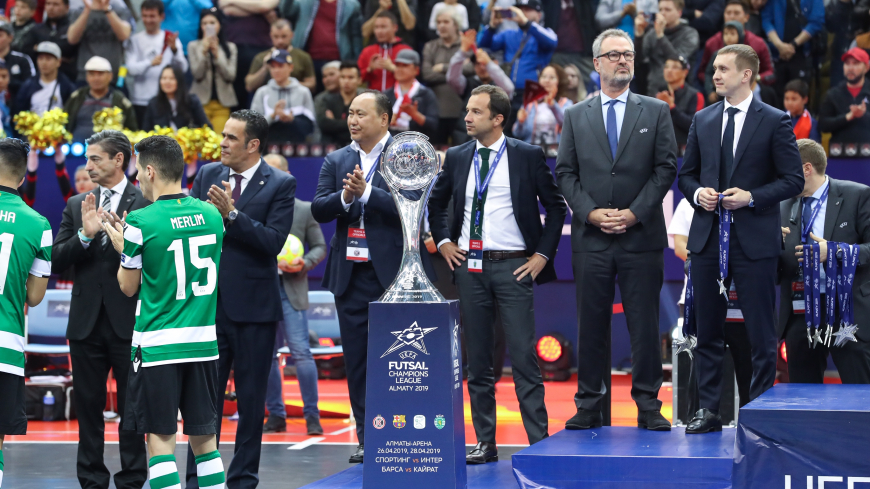 On Sunday, April 28, the “Final Four” of the first in history UEFA Futsal Champions League ended in Alma-Aty.  Kairat (Kazakhstan), Sporting (Lissabon), Inter and Barcelona from Spain fought for the main trophy. The hosts saw off the Catalans with the score 5:2, and an attendance record at futsal Euro Cup matches was set at this game - 12.094 visitors. Another match of the day ended with victory of Sporting over Inter - 5:3.

In a title match Sporting defeated Kairat with the score 2:1 and for the first time officially became the best team of Europe. In a Spanish matchup for the third place Barcelona won the bronze, having left behind the opponent - 3:1.

Upon the termination of all matches a solemn awarding ceremony was held. Head of UEFA Futsal and Beach soccer Committee, FUR General Secretary Aleksandr Alaev took part in it. Recall that UEFA Futsal Champions League 2018/2019 was held for the first time - thanks to initiative of UEFA President Alexander Cheferin on common futsal development instead of UEFA Cup which was held since 2001.