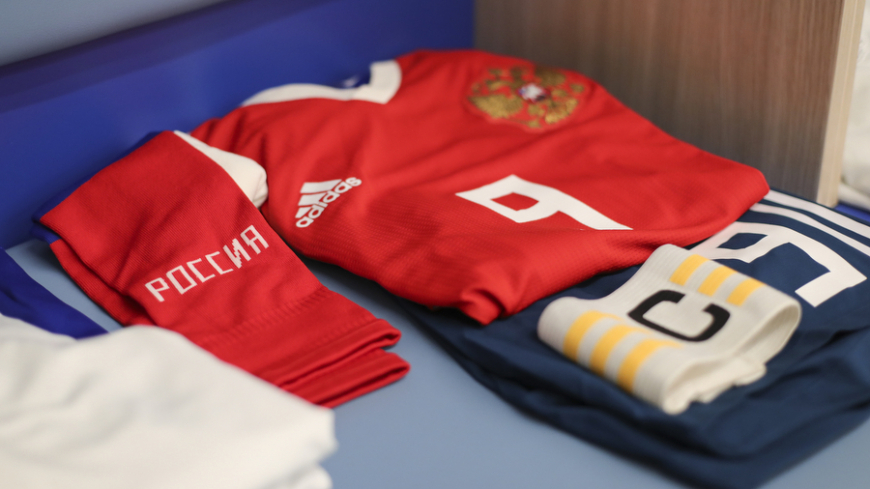 Line-up for a match against Czech Republic

Coaching staff of the youth Russian team U19 headed by Mikhail Galaktionov announced a line-up for a control match against Czech Republic (June 5). The game will take place within a training camp of our team in Austria, which will be held from May 30 to June 6.

This is the second training camp of the youth team of Russia U19 in a renewed line-up (players not older than 1998) under leadership of Mikhail Galaktionov. Recall that our team got into the fifth qualifying group of UEFA EURO 2021 U21 together with Serbia, Poland, Bulgaria, Latvia and Estonia. The Russians will conduct their start match in the European qualification on September 6 in a home match against Serbia.

Mikhail Galaktionov, head coach of the Russian U19 team:

-In comparison to the first training camp in Spain, certain changes in the line-up took place. On agreement with Stanislav Cherchesov Ivan Oblyakov is included in an extended list of players of national team of Russia. Defender Sergey Borodin is preparing for a planned surgery, goalkeeper Ivan Lomayev and defender Nikolay Rasskazov are injured. Besides, midfielder Konstantin Kuchayev, on whom we count on, is going through rehab in his club. He started working in a common group not so long ago but we decided not to call him out right now. We want him to approach the start of European qualifying in good health. In the whole, the core of the youth team U19 remains the same, but there are several guys, whom we would like to know better and give them chances to show themselves.

-Mikhail Mikhailovich, there several names in the list, which draw our attention. In particular, a representative of Czech championship Alexey Tatayev and two players born in 2000 - Nail Ymyarov and Arthur Sagitov.

-Alexey Tatayev has constant gaming practice in FC Mlada-Boleslav and we reacted. Due to absence of Sergey Borodin we decided to give a chance to another player, who can fit the team well and strengthen the team’s inner rivalry. As for Nail Umyarov - he used to be the captain of youth team of Russia (players born in 2000), now comes out to the field in RFPL matches. Taking into consideration that Ivan Oblyakov is on the extended list of the National team players, we decided to draw Umyarov, to get acquainted with him and give a new challenge. The similar situation is with Arthur Sagitov - he gets gaming practice in RPL matches for Rubin, and we want to see him in training process.

-How the work at the upcoming camp will be organized?

-The team will get together on May30 at the base of Novogorsk; we will hold a training there and the same evening depart to Austria. There is a plan of training work, which we should implement to realize a certain gaming idea. We will pay attention to moments and peculiarities, which had to be corrected upon results of the previous training camp in Spain. On June 5 a good sparring is waiting for us - against the team of Czech Republic, we are studying now in the whole and in particular. However, first of all we should improve our personal interaction and this is what we are going to focus on in our work.

-Is there any concern that the guys will come to the team with pre-holiday mood as soon as the end of the season is close?

-We talked to all the candidates individually and I constantly keep in touch with them. All the players have understanding that this camp is needed as an important stage of preparation to the start of European qualification. The guys are focused and motivated, they want to come to the team, and all their further plans they had made up long ago.