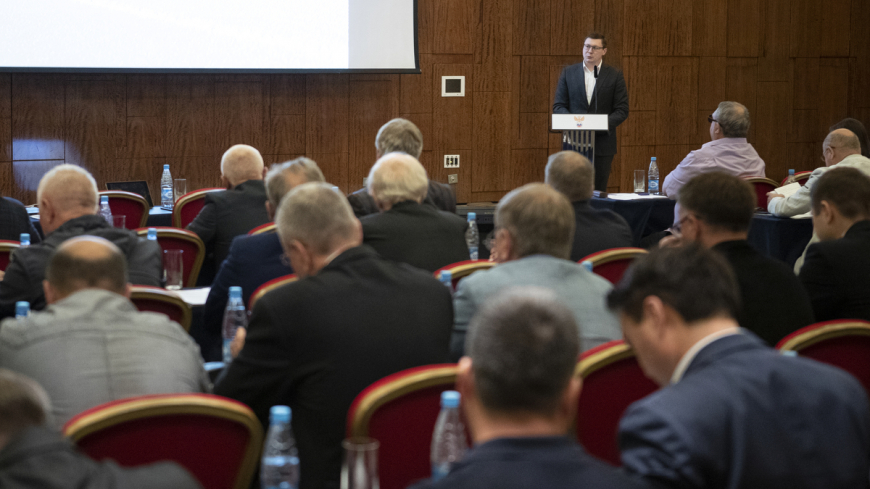 FUR seminar was held in Moscow

On Monday, May 27, on the eve of a regular FUR Conference, a seminar of the Football Union of Russia was held and regional policy became its main subject.

FUR General Manager (General Secretary) Aleksandr Alaev addressed to the participants of the event with welcome speech. A program of the seminar was divided into three parts. During the first part Deputy General Director (General Manager) – Director of Development Maxim Mitrofanov told about subdivision focused on the work with regions within a block of FUR new structure development. In her turn, Head of FUR Strategy and Development department Olga Mashchina presented reports on the following topics "Strategy of football development in the Russian Federation up to 2030 and FUR President’s program. The role of regions" and "Principles and stages of creation of football development regional programs".

After a short break the seminar continued with a speech of Head of Football Federation of Ulianovsk region Sergey Kuzmin, who told through the example of his region about positive experience of creation and implementation of regional football development Program. Deputy Technical Director, Head of FUR Innovation Policy, Science and Education Andrey Vlasov told about a role and requirements of regional centers of preparation footballers. Adviser of FUR General Manager Kirill Melnikov covered the topic "FUR communicational policy and requirements to regional football federations and interregional communities".

-The program of the FUR seminar was performed in full. We’ve tried a rather new format, which seemed to be successful.

The seminar was held on the eve of the FUR Conference, which allowed optimizing timing and organizational resources. It was the event, at which the position of the FUR apparatus was explained on how the work in regions is going to be built. We managed to discuss the most crucial questions in live and open dialogue. I’m sure these meetings will become regular.