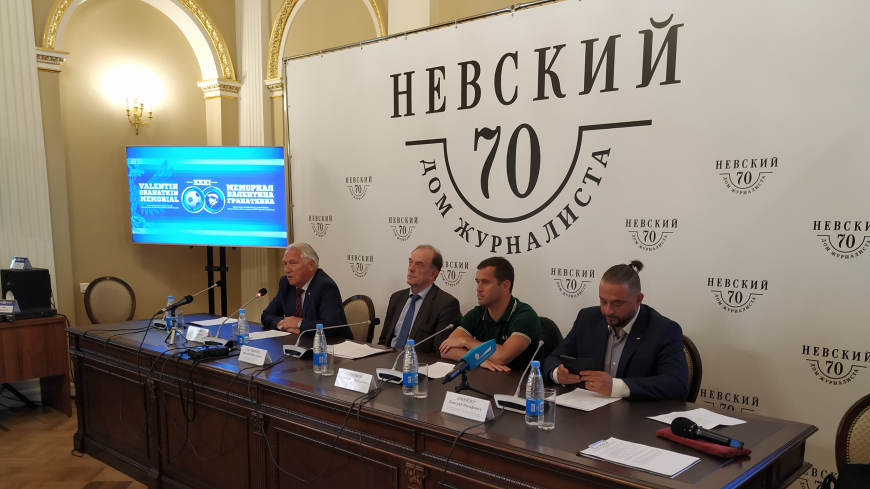 On Monday, May 27, a press-conference dedicated to a start of traditional International youth football tournament in the memory of the first FIFA Vice-President Valentin Granatkin took place in the House of Journalists in Saint-Petersburg. The tournament will be held on June 4-14.

For the second time already the tournament of youth teams (players not older than 18 years old) takes place within new terms. During several decades it opened a year at wither holidays; the arena of sports and concert complex on Yuri Gagarin avenue usually hosted matches of the tournament. Now young footballers play on natural fields. As providers of the Granatkin Memorial noted it became possible to shift to a new format due to the program "Heritage of the World Cup 2018".

The matches will be held at Roshchino Arena built specially for the Mundial and totally reconstructed Turbostroitel stadium. The teams will train at the same fields, which were used as bases by participants of FIFA World Cup 2018 – Zelenogorsk, Lomonosov and Pavlovsk.

Director of the tournament Dmitry Shneider noted that geography of the Granatkin Memorial participants extends. Europe, Asia and South America will be represented this year. Specialists should pay attention to the teams of Argentina and Tajikistan, which will perform at the final part of UEFA EURO 2019 U17, which is going to take place in Brasil.

The Russian team (players born in 2001) will perform under leadership of Aleksandr Kerzhakov, the best striker in history of FC Zenit and national team. Matches of the group A, in which the Russians will confront Bulgaria, India and Moldova, will be held at Petrovsky stadium – the same place where Kerzhakov started his professional career back in 2001, when his wards were born.

"I don’t tell my team how I played. I want them to perceive me as a coach, not an ex-player. My guys understand very well what this tournament means, they know that the Russian team always sets a task to win" – Kerzhakov told.

In his opinion, there are players with great potential in the team, who as he hopes, will play for leading Russian clubs and the first team of the country in several years. By the way, the team of Aleksandr Kerzhakov is going to prepare for the Granatkin Memorial in Novogorsk – next to the national team of Russia headed by Stanislav Cherchesov.

The Granatkin Memorial for the Russians and other European participants will become a preparation stage for the first qualifying round of UEFA EURO 2020 U19. Footballers of the host country’s team, as well as the ones of Poland and Kosovo will become rivals of our players at the mini-tournament in Wales on November 13-19.

Russian team-2 will be mostly made up from trainees from Saint-Petersburg, but players from other regions will play for it as well. Anver Koneyev, working in coaching staff of FC Zenit youth team, will head this team. He trained the team of Saint-Petersburg (players born in 1995) at the Granatkin Memorial-2013, where the team from northern capital got the second place. The teams of Argentina, Iran and Armenia will confront the Russian team-2 in the group C and the matches will be held in Roshchino Arena, which is located in Roshchino township, Leningrad region.

The teams of Greece, Tajikistan, Turkey and Kyrgyz Republic will fight in the group C at Turbostroitel stadium.

Detailed information about the tournament, including the match calendar can be found here.