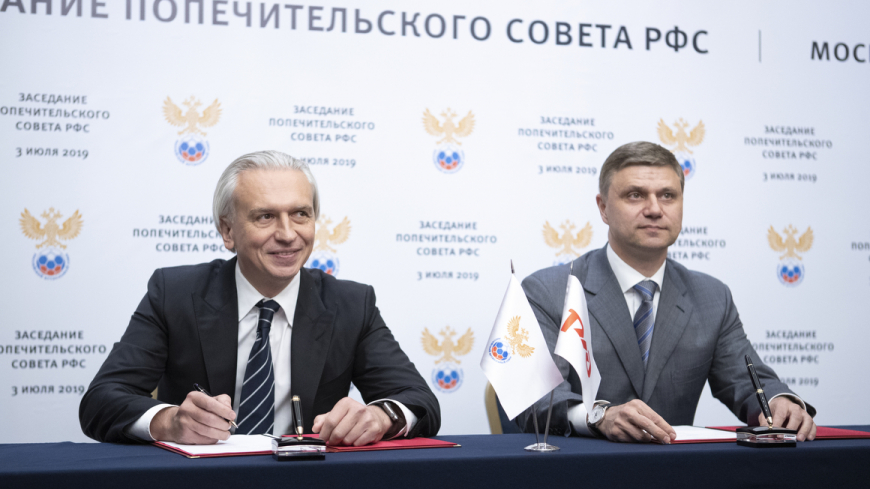 President of the Football Union of Russia Aleksandr Dyukov and General Director- Chairman of the Management Board of OAO RZHD Oleg Belozyorov signed a cooperation agreement.

Festival of youth football "Lokoball - RZHD" is a bright example of cooperation between the FUR and RZHD. It unites young players from all over Russia, as well as European and CIS countries under its flag.

Having started in 2007 "Lokoball’ for several years became one of the greatest children’s event in the world. This year the tournament was conducted in more than 100 cities and 85 subjects of the Russian Federation.

"FUR and OAO RZHD have already cooperated in the past but the new agreement strengthens and widens our partnership. OAO RZHD, being one of the largest railway companies in the world, plays a very important role in life of our country. We are glad that RZHD expressed interest in partnership with the Russian football and providing support for children’s and youth competitions. We hope that together with RZHD we will be able to reach considerable success  in realization of projects, focused on development of national football" - Aleksandr Dyukov noted.

"Support and development of children’s football is one of the important directions in our work. Young footballers and their families need support today so that tomorrow they could worthily represent our country and make their fans happy. The company is ready to submit full-scale support to the FUR in preparation and holding of competitions for children all over the country" - Oleg Belozyorov said.