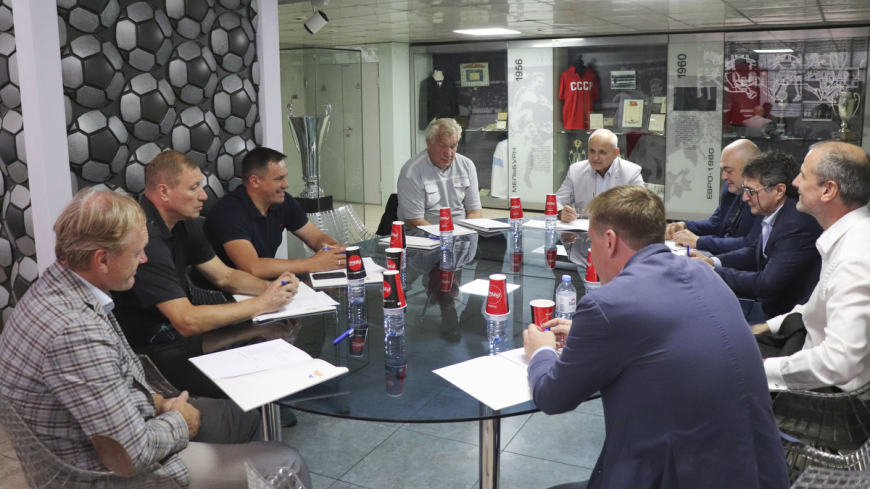 On Friday, July 5, a meeting of the FUR Football Veterans Committee was held in the House of Football.

Chairman of the Committee Aleksandr Mirzoyan congratulated newly elected members of the body and informed about the work, planned for 2019.

The following issues were also discussed at the meeting:

- holding of All-Russian competitions among football veterans in Russian regions and preparation to the final tournament of Russian Football Veterans Championship (40+, 50+, 60+);

Decisions were made on the discussed issues and will be forwarded to FUR leadership. One of the important decisions is creating of amateur league among veterans of football "The league of never fading stars".